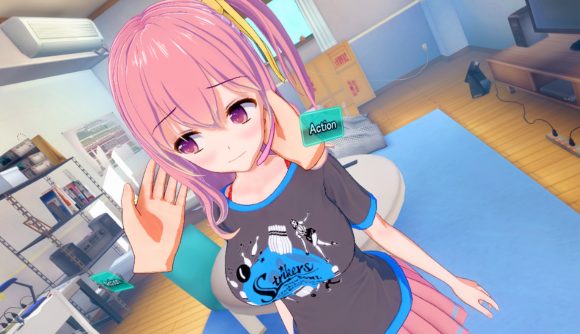 June’s list of bestsellers follows the usual formula, showing the top 20 games released in the month by how much revenue they generated in the first two weeks after release. The list has all of the usual suspects, from anticipated PC ports like Octopath Traveler to big name indies like Bloodstained: Ritual of the Night and My Friend Pedro.

Then there’s Koikatsu Party (as noted by Polygon). Billed as the “ultimate anime character maker,” it gives you a wide variety of options to build an anime girl – from clothing and hair to personality and, of course, body type. But of course, that’s not all.

In the interest of taste, I’ll just directly quote the store page for what happens after that: “Use simple mouse controls to touch, pull, lick, finger, and pump to your heart’s content. It’s simple, it’s easy, it’s fun, and oh my is it satisfying!”

While the Steam release is apparently somewhat censored – with the usual methods to undo the censorship available – the trailers present on the store page don’t leave much to the imagination. (It is, of course, hidden from the store with Steam’s default adult content preferences.)

Steam’s selection of sex games have occasionally had big success in the past, but now Valve’s own bestsellers list has to acknowledge when it happens. It’s a new world, but I guess you’ll have to decide for yourself if it’s a brave one.