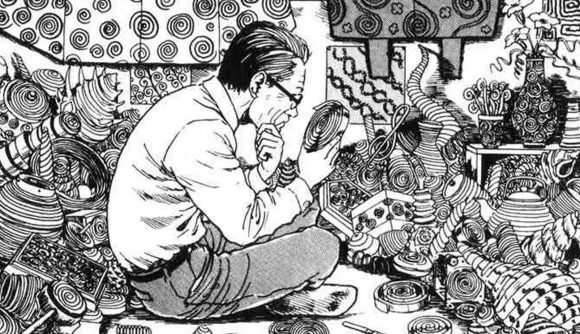 We don’t yet know what Hideo Kojima’s next game will be, but we’ve been given a hint that it might be something horror related. Renowned horror manga arist Junji Ito has said that the Death Stranding developer approached him about possibly working together on an upcoming game.

Speaking in an interview during Comic-Con 2020 (cheers, Comic Book), Ito revealed that he and Kojima had been in touch, but remained coy on any particular details. “I do know director Kojima and we have been in conversation that he may have a horror-based game that he may be doing,” Ito said. “And so he has invited me to work on that, but there are no details on it yet.”

The use of the word “may” twice there is some top-tier non-committal teasing. All this tells us, really, is that Kojima has a horror game concept on the drawing board, and Ito is one of the people the Metal Gear Solid director’s keen to bring on-board. One of the most renowned modern manga artists, Junji Ito is known for distinctly strange and unsettling concepts. Some of his most famous works include Uzumaki, about a small town endlessly plagued by supernatural spirals, and Tomie, about an immortal girl with the power to drive anyone that desires her to fits of violence.

A number of clues from Kojima’s Twitter feed suggest that a second Death Stranding is in the early stages of development. Kojima’s been teasing a new game since late last year, soon after Death Stranding first launched on PS4, some believing a new Silent Hill was in the offing. Kojima was, at one point, attached to make a Silent Hill game, the eponymous Silent Hills, with film director Guillermo Del Toro, starring Norman Reedus, who went on lead the cast of Death Stranding. Teased by the well-received P.T., Silent Hills was ultimately cancelled, but the curiosity around, and desire for, another Kojima horror project remains high.

Whether a Kojima-Ito production ultimately materializes, we’ll have to wait and see – here’s the best zombie games, and best survival games, to make the waiting a little easier.