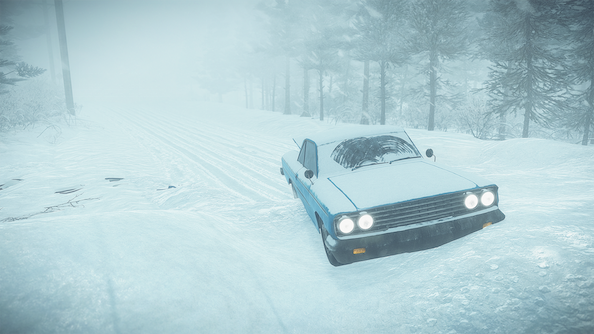 Kona looks really intriguing. The new announcement trailer above makes it look kinda like Firewatch via The Long Dark, albeit with supernatural elements.

For more future titles now, check out our list of upcoming PC games.

Trudging through the snowy Canadian wilderness, torch in hand, Kona tasks players with unravelling a mystery that begins with a routine job.

In it, you take on the role of a Korean war vet named Carl Faubert, who now works as a private investigator. He’s taken on a job to investigate a client’s hunting lodge that’s been vandalised.

“Kona is a game submerged in mystery and intrigue, one with a spine tingling narrative and unflinching drama that unfolds building the tension throughout.”

It looks like a walking sim at first glance, but the trailer shows that you’ll be doing some shooting, as well as shining a lantern at supernatural horrors.

It will have been in Early Access for a year by launch day, but the final game will offer four-to-eight hours of gameplay, according to a community manager on the announcement post.