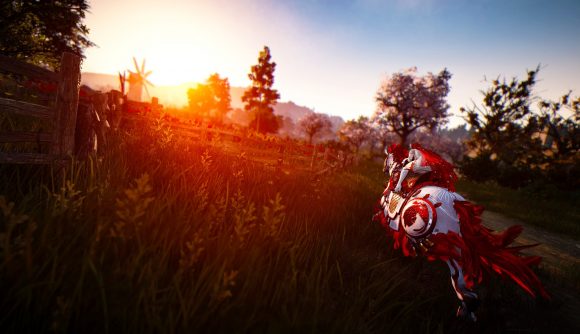 South Korea is an important territory in the game industry on every level: as a market, as an esports region, and as a producer of games. In May, Korea’s Culture Ministry announced a plan to promote the Korean game industry, and part of that plan may require all foreign games sold in the country through Steam to secure a rating from the Korean ratings board.

When Culture Minister Park Yang-woo announced the initiative, he pointed out that some have criticised Korean regulators for failing to keep pace with multinational tech companies like Google and Facebook, and this has in turn hampered the growth of the Korean game industry, according to a report by the Korea Herald.

Now, a new report by Inven Global indicates foreign publishers may be facing new requirements to sell their games in Korea through Steam. A provision in the ‘Game Industry Promotion Act’ requires all games sold in Korea to secure a classification from the national Game Rating Board, but Valve has until now has been exempt from Korea’s ratings requirements due to not having an office in the country. In other territories, such as Europe and North America, PEGI and ESRB ratings are required for boxed, retail games, but not for online distributors like Steam.

That makes the new Korean initiative a potentially vexing problem for Valve, which in addition to normally-rated games from triple-A publishers also sells a vast number of unrated titles on Steam, which will (in theory) all need to secure Culture Ministry-approved ratings if they’re going to be sold in South Korea.

Inven quotes a Korean official who explains that previously, overseas game developers who didn’t have subsidiaries in Korea could have their games handled through various other agencies that specialise in ratings. However, developers and publishers outside Korea can now apply to Korea’s ratings committee directly – and it seems as though this will be a requirement going forward.

In fact, Niko Partners analyst Daniel Ahmad – who goes by @ZhugeEX on Twitter – says this could have a significant impact on Steam, where a huge number of games are sold without any official classification from anyone.

Basically like mandating every steam game to have an ESRB rating

Games that do not have a rating could be delistedhttps://t.co/0DNVHPT6M4

“Basically like mandating every [S]team game to have an ESRB rating,” he tweeted Thursday.

Failure to attain a classification from the Korean ratings body could lead to charges or fines for distributing illegal game materials under Korea’s Game Industry Law, Inven reports.

Ahmad tells us this provision has been in Korean law for some time, but the new initiative has lawmakers interested in making sure all games sold in Korea comply with the regulations.

We’ve reached out to Valve to hear how it plans on adapting to this situation. For its part, the Korean Game Rating Board says it is in active discussions with Valve about how Steam can operate legally in Korea without resorting to regional locks, and Valve has said it is cooperating with the committee on determining a best path forward. According to a recent statement by the board, there are no current plans to block ‘controversial’ games in Korea.

{"schema":{"page":{"content":{"headline":"Korea is tightening up regulations on unrated foreign games on Steam","type":"news"},"user":{"loginstatus":false}}}}