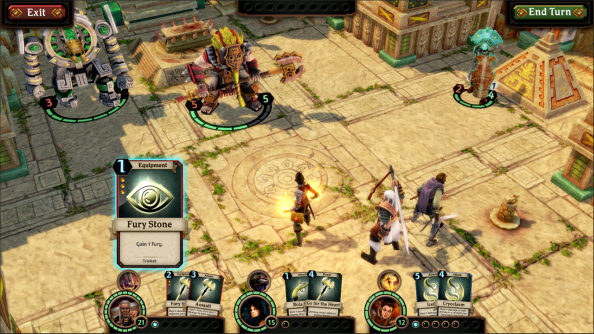 No game is guaranteed to become an eSport. No amount of money or marketing could have plonked League or Hearthstone where they are now if their quality and potential hadn’t ignited that groundswell enthusiasm.

But if you live and work in California, there are certain good omens to look out for.

“I can’t stop thinking about this game,” one of Riot Games’ first employees told Free Range Games a couple of days after he’d seen Labyrinth. “I haven’t felt this way since League of Legends – I have to be a part of it.”

Free Range’s fan at Riot pulled together the necessary investors, and the company have since partnered with Justin Gary, the pro Magic: The Gathering player behind CCG outfit Stone Blade Entertainment. “Marketing muscle”, meanwhile, comes from Robert Kirkman’s Skybound – determined to “make this thing huge”. 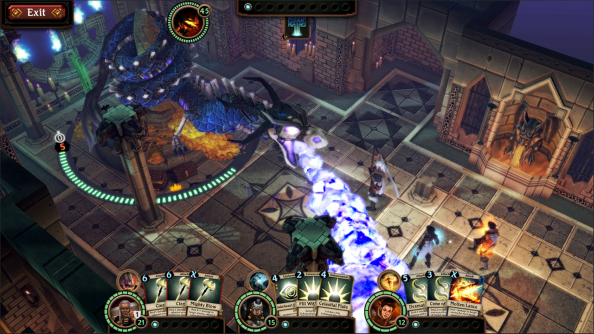 “Time and time again, you feel like a lot of people sense that it’s surprising that this game hasn’t been made,” says Free Range CEO Chris Scholz. “Because when you play a CCG in your head this is what you’re imagining is happening.”

Here’s what Scholz means: while Labyrinth is a game of deckbuilding, it’s played from an isometric perspective not dissimilar to XCOM’s. Players can fiddle with the positioning of their party of three, launching assaults and doubling back. The decks their adventurers take into a dungeon determine the attacks they’ll be able to make, with each individual card representing the slash of a sword or heft of a plate of armour. In that respect Scholz’s talk of a “new category of games” isn’t strictly spot-on – on the surface Labyrinth’s CCG-infused dance of the grids isn’t spectacularly different from that of Card Hunter.

Those dungeons, however, are also under player control. Deck builders will set up three bosses for invading adventurers to fight in sequence. They’ll log off, or perhaps disappear to fight their own raids, and come back later to see how other players have fared against the AI minotaurs they’ve equipped (“I really wanted to have the feeling the game’s alive when you’re not playing it,” says creative director Brad Fulton.). 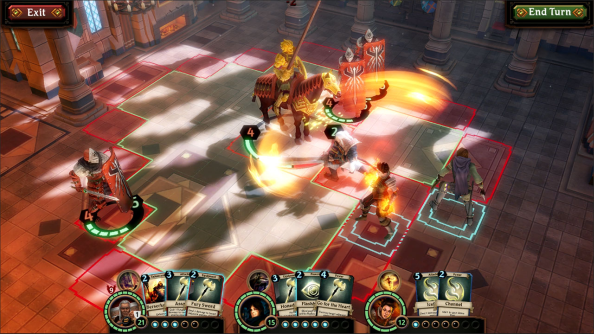 This system would appear to leave Labyrinth dungeon keeping the purest CCG of all: one in which nothing so inelegant as play is necessary; a card game entirely dedicated to high-level number-crunching.

“I’ve known a lot of Magic players over the years that just have boxes full of decks that they’ve built – they’re the keepers,” explains Fulton. “The defensive mode has been tailored to serve those people: that deck tech, the creativity of figuring out new combinations, putting something together that’s going to stop people.”

If you remember, there was a similar dungeon defence conceit at work in Ubisoft Montreal’s Mighty Quest for Epic Loot. This attempt, however, had a problem: battles were balanced such that invading players got to win the majority of the time. As a dungeon keeper, it felt as if you were logging in every day to find broken glass everywhere – your castle broken into and gold stores ransacked. It wasn’t much fun.

“It’s something we’re very conscious of,” reassures Fulton, “and it comes up every time we have design decisions about defence. It’s important to remember there is a player on both sides of these fights – you want to have as much fun putting your defensive deck together and seeing it smash people who’ve come in to trash your stuff.” 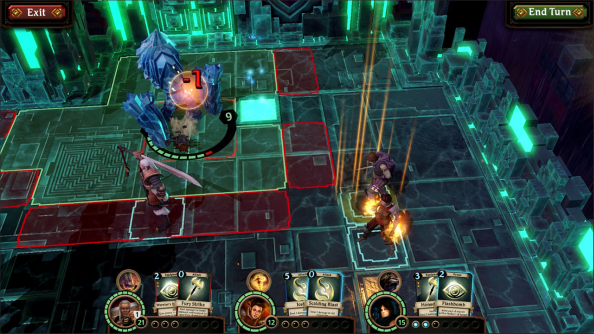 Scholz points out that each raid is a three-stage affair, and that dampens the frustration often felt by Hearthstone players – who by design lose half the time. Succumb to your enemies in the second or third battle and you’re still celebrating a small victory and a modest haul – as is the player who kitted out the bosses.

So far, so clever. But by far the most exciting element of Labyrinth, the part that has Twitch tacticians doing amateur maths during streams, is the way it treats time. Magpied from partner Stone Blade’s WoW miniatures game, Labyrinth’s turn system places every character involved in a battle on a timeline.

In place of an arbitrary resource like mana, Free Range have ticks – the amount of time an attack takes to complete. If a blademaster decides to make a slow swing, then she’ll pay for that in her position on the timeline. If a priestess plays her Fire of Life card, she won’t be able to act again until tick six. 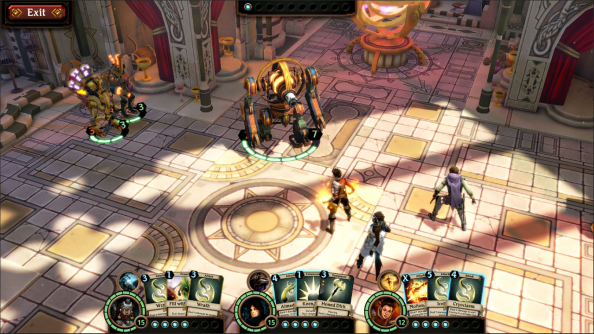 There’s nothing stopping players from pulling out their most powerful abilities from the off – but the best will always have an eye on a minotaur’s next move. They’ll make shrewd use of the thief class, who can run rings around an enemy, getting a couple of stabs in for every blow in return.

“There’s this whole timing strategy,” says Fulton. “[WoW miniatures] was a physical game and there were limitations on what they could do because of bookkeeping. It’s easy for a computer, so some of those mechanics can really shine in this context.”

Eventually, Labyrinth will be a free-to-play entity in which players will win character classes and abilities through booster packs or card crafting. For now, it’s available at a fixed price in Early Access. For all their big-name backing, Free Range know they need that groundswell.

Says Scholz: “We’re at the stage now where this is a game that’s going to live or die on the community.”