Player Studio just makes sense in Landmark. A game about creation and sharing is the perfect place for a marketplace for user-created items. And it’s integral to SOE’s free-to-play model, their take on which is one of the best in the business, never punishing players who don’t want to spend a penny, but offering them plenty of incentives to part with cash.

We had a chat with Landmark designer David Georgeson about the anticipated impact of Player Studio, and how it – along with player feedback and experimentation – has informed Landmark’s development timeline.

Unlike PlanetSide 2, which didn’t see Player Studio introduced until after launch, Landmark will see it implemented soon, during the beta phase. It’s due in a matter of weeks, Georgeson tells us.

And Georgeson anticipates that it’s going to potentially earn creators a significant amount of money. “As people build stuff in the game, you can make a template of that, and you can submit that template to Player Studio, and actually be able to sell it to other players. And we split the real world revenue with players, 60/40. We get 60, they get 40,” he says. 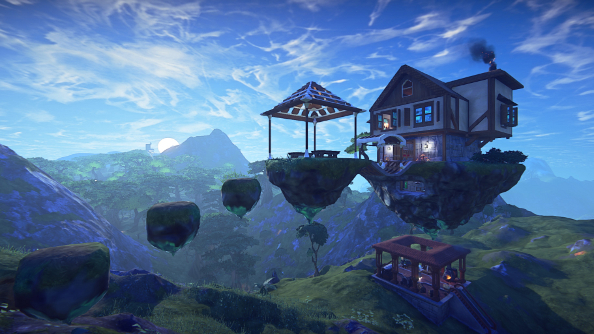 “Everybody that wants to buy that cool little roof piece to be able to make a fantasy castle or whatever it is,” he continues. “All these little elements that they buy, we split, and then those people get paid a fortune as we go along.”

Fortune might be a bit strong, but PlanetSide 2’s Player Studio has certainly made some creators a lot of money. Creator Austin Lamb made helmet and camo designs which, as of a few months ago, earned him $12,000.

Georgeson doesn’t think that the feature will be a big deal immediately, though. “Right at the beginning here, people are showing off to each other, so I don’t anticipate Player Studio being a huge deal, but when we get to PvP, or when we get to dungeon mastering, where people are laying out scenarios, those pieces are going to start becoming very valuable to people.”

The dungeon master system is a linchpin feature which, when implemented, will allow SOE to say that Landmark is ready. Not finished, but in a state that makes it viable to release. The developer hasn’t set itself a firm deadline, because that could put SOE in a corner. “We’re in closed beta and we’re going to stay in closed beta until we’re ready,” says Georgeson. 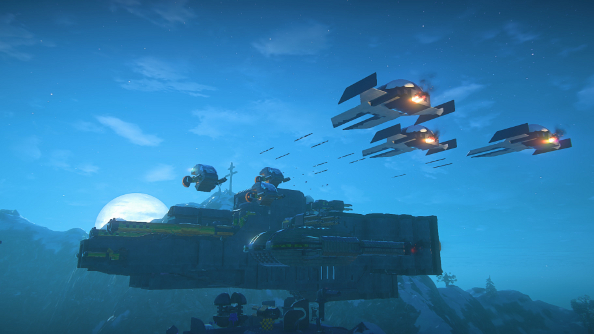 The team are working from a soft deadline instead. “One of the beauties of the way we’re doing things is that the game is… I don’t want to say it’s paying for itself – it’s not, it actually costs a lot more to develop than the bits of money we’re getting in from microtransactions – but it is deflating the cost, and it’s making it so that it’s acceptable for us to consider a soft deadline,” Georgeson explains.

“And we really want to do that, because the players are better with our tools than we’ll ever be,” he continues. “And the give and take we’re going back and forth with them on is how we make this a better and better game going forward, but we can only do that if we have time and commit to an open deadline.”

Even when Landmark launches, there will be plenty more to do. Between the player creations, both the things created just for fun and those that are created for profit, and the list of features that SOE plans to add in the years to come, there’s a lot of room to grow.