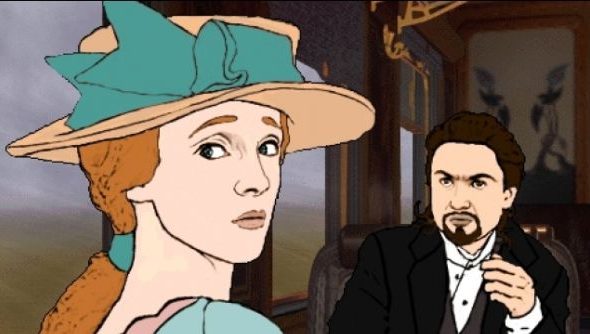 A hundred years ago today, a fictional American doctor named Robert Cath boarded the Orient Express to Constantinople. Over the course of his journey, tensions between various European parties on the continent and on the train would boil over into violence.

As the centenary of the First World War nears, Jordan Mechner remembers a rare game in which the goal was to avoid conflict. An adventure game that took him and a team of 100 over four years to make. The Last Express. 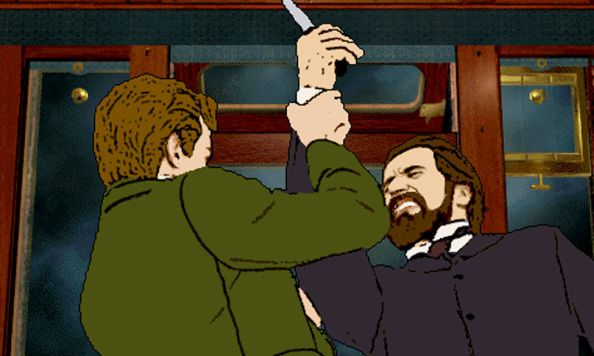 It’s part of human nature to be drawn to violence, and the man who made Prince of Persia is no exception. But by 1993, Mechner wasn’t interested in writing another story that venerated fighters without irony or counter-message.

“We make heroes of warriors in our stories and games,” said Mechner. “We celebrate the idea of victory in battle. At the same time, we know that to maim or destroy a single human being, much less thousands, millions of lives, is a terrible thing.”

To make another game that ignored the second half of that equation would have been “glib and irresponsible”, Mechner reasoned. And so instead he made The Last Express.

“I was interested in doing a game where the goal is to avoid a war rather than to win one,” he explained. “And that this goal is impossible to achieve – as it was in reality, 100 years ago, when the governments of Europe made the ghastly decisions that plunged the 20th century into war.” 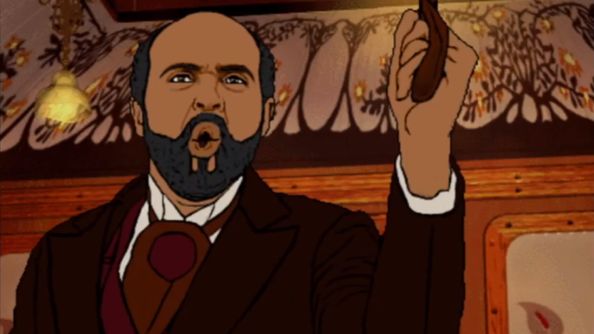 The Last Express would be a first-person adventure game, drawing at times on the meditative, exploratory pace of Myst. But it was inspired, too, by Mechner’s frustration with the quirks of the adventure genre.

“It always bothered me in adventure games that, say, you reach a clearing and there’s an old man whittling on a stump, ready to trade his knife to you, whether it took you one hour to find him or six,” he said.

“Why would he be sitting on that stump 24/7? It makes it too obvious that he’s just a construct, not really a character.”

In contrast, Mechner decided The Last Express players would live out the train’s journey in semi-real time – while other passengers chatted in the carriages, pushed their way to the dinner car or engaged in subterfuge in their compartments.

“I wanted to give players the feeling that the other characters were actively pursuing lives and agendas of their own, not just standing around immobile waiting for the player to trigger them,” said Mechner. 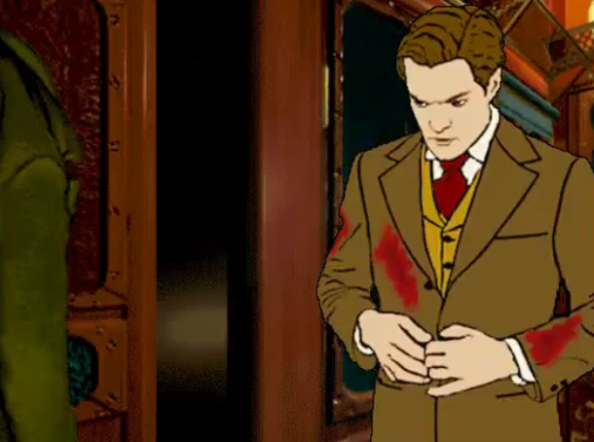 Games brave enough to play with time tend to accelerate the clock to the point where an hour flies by in a minute. But The Last Express asked its players to live all the downtime between their dramatic knife-fights and daring high-speed jumps.

The effect was a game played at the changing pace of a train journey. For much of The Last Express, players were free to roam about the train, read the doom-laden newspaper or eavesdrop on long, incidental conversations between minor characters.

“You might even feel a bit bored and wish something more exciting would happen soon,” enthused Mechner. “At other times, the pace picks up and a lot of things start happening all at once, so that you feel whatever you do, you might be missing something else just around the corner. The changes in rhythm are a bit unusual and that’s part of what I wanted to explore.”

Time was already becoming Mechner’s calling card – Prince of Persia players were required to slay a patriarch and free a princess in under 60 minutes. And The Last Express featured a pre-echo of the rewind mechanic that would come to define Prince of Persia: The Sands of Time.

Eschewing saved games and checkpoints to preserve immersion, Mechner designed a “visual metaphor” in keeping with the game’s gilded, Agatha Christie feel – a Fabergé egg timepiece, with jewel buttons to rewind and advance progress. When players inevitably chose a fatal fork in The Last Express’ many-pathed plot, they could turn back the clock and take another.

But despite his apparent mastery over it, it was time that would get away from Mechner over the next four years. 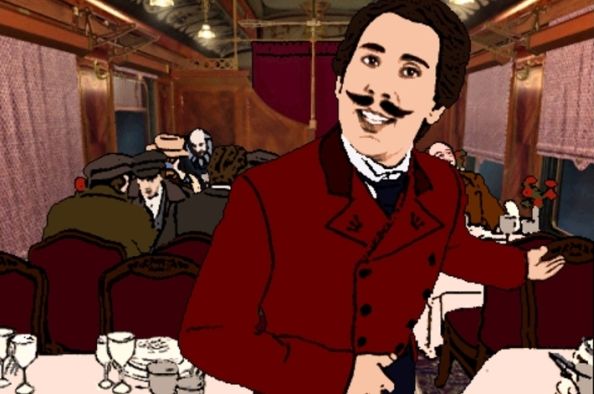 “Getting started was easy, because I used my own money,” said Mechner. “The royalties I’d made from Prince of Persia and Karateka. Finishing was harder.”

The Last Express turned into a huge production, far more ambitious and expensive than first planned. Mechner spent “every dime” he had, and once the team raised more, they spent that too.

The lowest points of the project were the several occasions when, right up until the end of development, Mechner had to call the team together and tell them that they couldn’t meet payroll.

The process was complicated by their use of rotoscoping – the animation tracing technique by which they transported live-action actors into the game.

“I’d used a rudimentary form of rotoscoping for the animation in my earlier 8-bit games and really liked the result,” said Mechner. “It had a rough fluidity that felt human and lifelike in ways that was difficult for hand animation to match.” 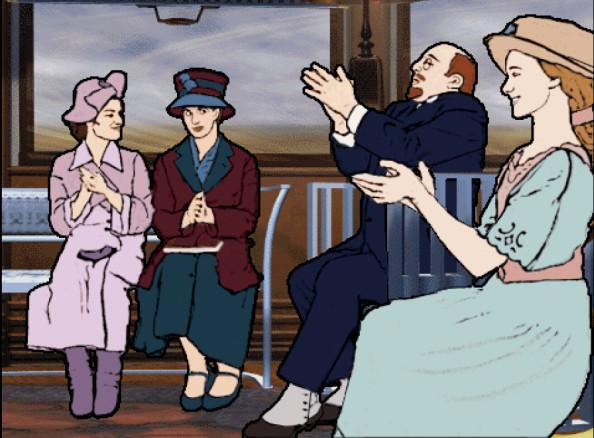 The finished product was a kind of proto-performance capture: characters walked, talked and gestured with all the nuance of their actors. They looked “mysteriously almost alive”, animated in the Art Nouveau style of the turn of the century.

The only concession was the frame-rate – about two per second. But unlike the juddering technical problems familiar to owners of low-end PCs, The Last Express’ frames flowed into each other, as regular and soothing as the clacks and chugs of the engine accompanying them.

Rotoscoping was anything but soothing during production, however. It proved just one of many interlocked technical challenges: after Mechner and Tomi Pierce wrote the story and finished the live-action shoot, the team needed to develop and automate the process, before selecting and animating tens of thousands of frames of filmed footage. At the same time, they were texture-mapping the train in 3D, rendering its backgrounds, and building the game’s engine and character logic from the ground up. 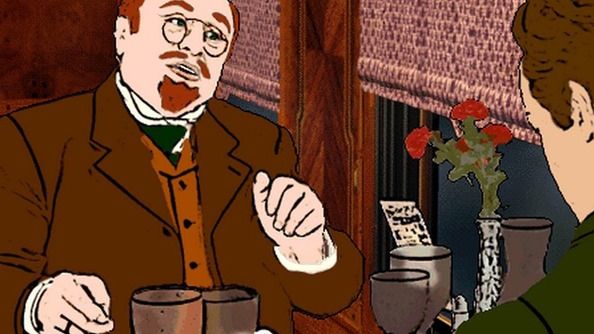 “Ironically, performance capture today has gotten so realistic and so ubiquitous that I feel it’s actually in the contrary spirit to what we were trying to achieve with The Last Express,” he said.

“We were going for something that would look hand-drawn, stylized and a bit mysterious. When performance capture gets too close to photorealism, it falls into the ‘uncanny valley,’ where the slightest imperfection or deviation becomes jarring and disturbing.

“And that’s unfortunately become the norm for AAA games today.” 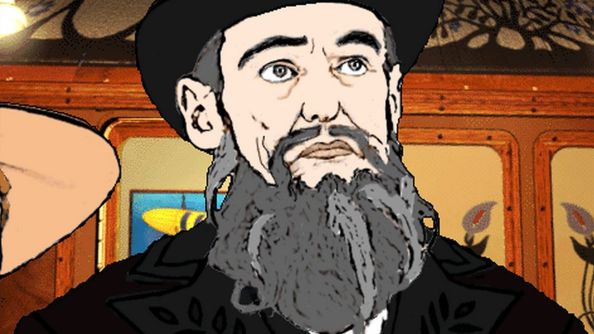 For Mechner, if not for the industry at large, The Last Express was a formative experience. Where Karateka and Prince of Persia had been produced ” pretty much solo” on the Apple II, The Last Express put Mechner in good stead for commanding the 100+ team behind The Sands of Time.

But he’s never made anything quite like it since. Because the Last Express’ defining design choices – its approach to time and animation – emerged directly from that peculiar pre-war atmosphere.

“More than any specific element, what I’m proudest of is that we made strong and unusual artistic choices and followed them through from start to finish,” said Mechner, “taking our inspiration from the story and material itself, rather than from established genres or other games.

“Without the theme and the setting of the train, the 1914 motif, we’d have made a different game.”