Canadian developer Elastic Games didn’t have the best of luck with Last Year: The Nightmare, its asymmetric horror game in the vein of Dead by Daylight and Friday the 13th. After launching as a First on Discord title in 2018, it was effectively killed when Discord shut down its storefront earlier this year. Now, Elastic is launching a new Last Year, and this time it’s coming out on Steam.

Now called simply Last Year, Elastic Games’ multiplayer horror survival game will emerge in sequential chapters. The first chapter, Afterdark, launches December 10, and rather than the killers featured in The Nightmare, this time around the baddies are gigantic chittering spiders.
The survivors play as five classmates stuck inside a school infested with the telltale signs of giant spiders: Halloweeny webs, egg sacs, and the drained remains of their prey.

I do not like spiders, and so this is already a pretty good setup for a horror game as far as I’m concerned. And the game footage you can see in the trailer below shows off elements of some of the better asymmetric and horror-themed games of the last few years: There’s the motion scanner and deep shadows from Alien: Isolation, the tense survivor co-op of Dead By Daylight, and even the spiny monster’s perspective you might remember from Natural Selection 2. 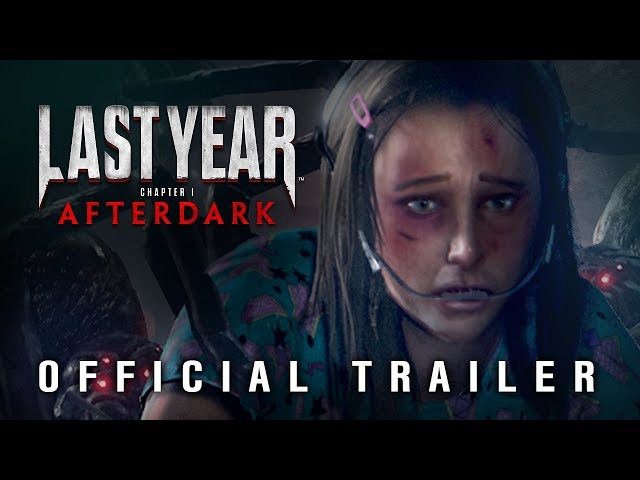 It sounds as though the monster player won’t necessarily be limited strictly to spiders, although that’s all we get to see in the trailer. According to the Steam page, as the monster you’ll be able to pick one from a selection of “quintessential horror archetypes,” each with its own particular brand of nastiness to use on the students.

The students aren’t completely helpless, fortunately – you’ll be able to pick from six of them and choose a class that comes with a set of specialized skills.

The fact that Last Night is coming out at all speaks to a remarkable degree of tenacity on the part of Elastic Games, which has effectively come back from the dead – and it figures the developers would bring giant spiders back with them as souvenirs.