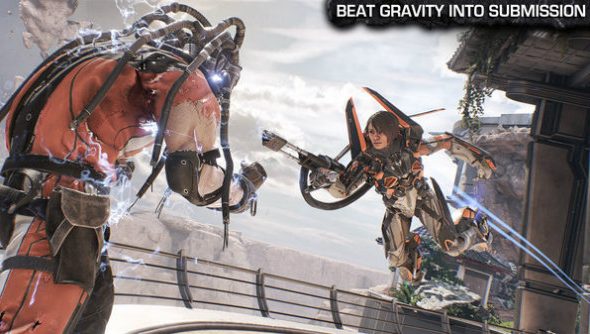 The first phase of the LawBreakers alpha is over, so Boss Key are hard at work making the tweaks needed before delivering their second phase, reacting to feedback and player data to polish the shooter.

If you’re wondering what other games are rocket-jumping onto PC later this year, shove our list of upcoming PC games in your face.

One of the first things on the agenda is fixing the Enforcer class. Though he’s functionally balanced, Boss Key think he needs to be more fun to play as.

Originally, the Enforcer was meant to exist as a character for people who play traditional shooters, but they took that a little too far. In alpha Phase Two, things are going to be much more vertical for the vanilla class.

The Assassin will also be balance tuned, as Boss Key found her to be polarising during the first alpha. Outside of the characters, there are other maps and modes being tinkered on under the hood.

Watch the full developer chat below: