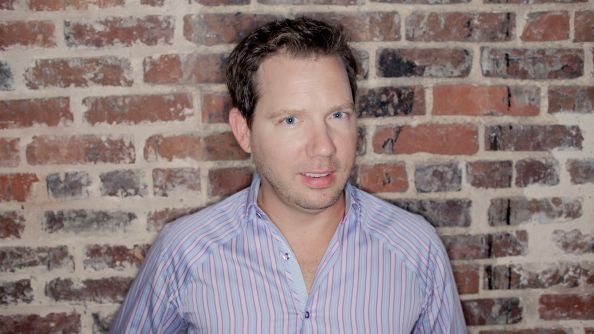 There’s a lot of MOBA-style, character-driven, class-based objective shooters out there. Cliff Bleszinski, also known – to his mock-chagrin – as CliffyB, is making one of them: Lawbreakers. To do that he’s been playing the others, and he has some thoughts on how character design differs between his game and the efforts of Blizzard, Gearbox et al.

“It’s completely subjective, right? Like who is your favourite superhero? Are you a DC or a Marvel person? What’s your favourite dinner? It’s the ultimate subjective thing,” he clarifies. “I think they’re great but there’s this look that’s come through. These games are so colourful and filled with such ridiculous craziness in the characters that it’s like ‘look, let’s dial that back a little bit’, y’know?

“I always joked with Randy [Pitchford] about Battleborn – I don’t find a sentient mushroom aspirational. As much as Winston’s an interesting character, he’s a gorilla? Okay, I’ll be over here as Tracer, cause I think Tracer’s awesome. There’s almost this thing that’s happened where a lot of these character shooters are trying to out-wacky each other.”

The Gears of War creator thinks he’s worked out the source too. “I think that’s the MOBA-influence, where League of Legends went full crazy and introduced, what was it, a catfish in a top hat? It’s to the point where it’s like they’re challenging the cosplayers to see if they can match the crazy ideas they come up with.”

As for how Bleszinski will play it different, his plan is to be a little darker, and a little more straight forward. “So my goal is to be the Quentin Tarantino version of that. When you look at our characters you have the assassin, Hellion, has that yellowness implied like Kill Bill’s The Bride. We have the DEA agent who’s essentially the cop who’s reluctant to fight this way. Then you have the ex-con who they tried to execute, who kept the mask on as a sign of him being a part of that gang. Those are the things I went for in regards to the characters and their designs and their kind of aspirational elements.

“My main thing when I talk about characters and level design, I go back to the old show Friends – The One With The Leather Pants is how they would name the episodes. So it’s like, what’s that? That’s the guy with the creepy iron mask that looks like dreads but it turns out it’s just plugs with scarification on them. This is the dude with the spherical magazines and the kind’ve electrical sidearm. There’s the girl with the jewel in her forehead who’s happy and has robo-legs.”

Lawbreakers definitely has a more grounded feel to it across the board. Characters are mostly human, maps are realistic environments, guns are, well, actual guns rather than sound-blasters and laser staves. Whether that key difference is what some will want to see over Overwatch and Battleborn’s outlandish cartoon remains to be seen.