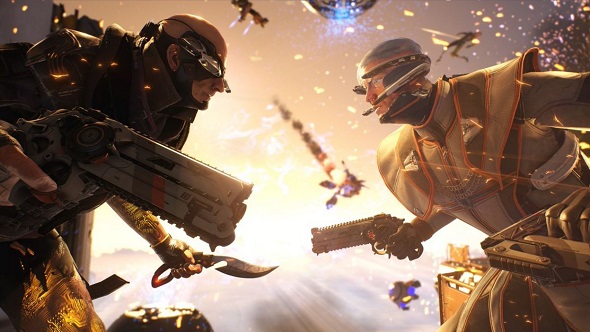 LawBreakers, the old-school FPS with some new-school flair (anti-gravity jumps, anyone?) is having a closed beta in a couple of days, and signups are open now.

Until then, enjoy shooting your mates in our list of the best FPS games.

CliffyB’s studio, Boss Key, have reacted to a bunch of alpha feedback, so there will be plenty of tweaks for alpha vets to notice. There are also three new roles and a fresh map.

If you did play the alpha, you’ll have access to the beta when it’s live. If you didn’t, head to the LawBreakers site for a shot at a key.

People who signed up for the alpha but missed out will have a higher chance of getting a key for the closed beta.

There are also more closed betas and an open beta planned for some point in the not too distant future.