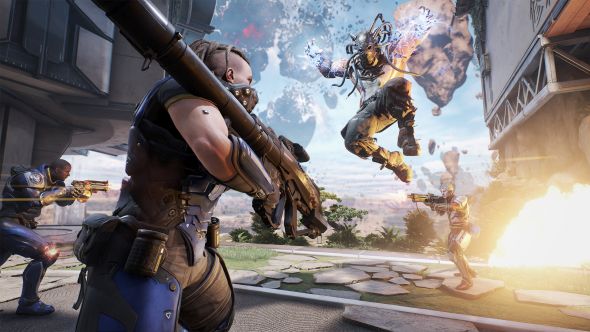 The Cliff Bleszinski class-based shooter project Lawbreakers continues on its merry way, introducing more and more characters to its bloody, hectic world. This week it’s the Titan, represented by Cronos and his lightning-hands on one side, with Bomchelle on the other. Both are equally capable of frying you alive and blowing you up.

Could it enter the hall of fame of FPS games upon release?

The Titan joins the Enforcer, Vanguard and Assassin as Lawbreakers’ four-class system, each providing a unique way of turning enemies into red mist. There will be a full introductory video tomorrow, explaining the actual mechanics to electrifying and explodinating.

The game itself is currently in Alpha, running semi-regular weekend tests. You can get in by signing up on the official site but it’s not guaranteed access.