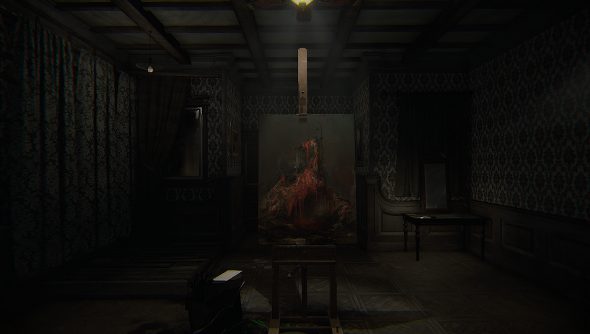 Layers of Fear is a surreal horror romp through an increasingly bizarre 19th Century mansion, where you – a crazed, tormented painter – search for objects that will inspire you to finish your greatest work.

What initially seems to be a game about exploring a creaking, terrifying house quickly devolves into a linear, though visually arresting, adult version of Disney’s Haunted Mansion ride, where every room follows a similar pattern of jump scares and trickery. At least, it does until the game transforms into something unexpectedly different.

As a horror game, Layers of Fear struggles to break free from genre conventions. It feels, at first, designed to appeal to YouTubers and people that get a kick out of watching others howl and shriek when they see animate porcelain dolls or doors slamming shut of their own volition. All the familiar beats are on display: vague whispering, moving objects, a spooky lady that chases you, loads and loads of writing on the walls. 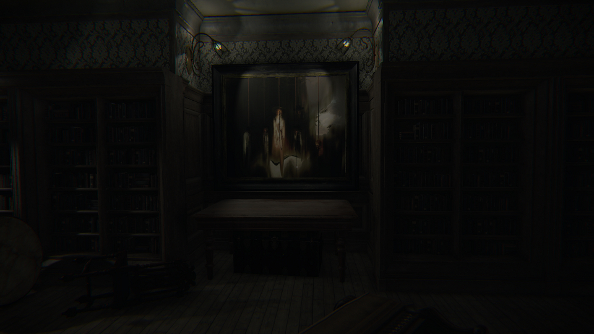 It’s not that none of these things have the power to scare, just that when you’ve seen them used so many times, that power does start to wane. And Layers of Fear doesn’t really apply them with much subtlety or sophistication. It’s a bit like a horror game designed by a computer that’s analysed all the ingredients of successful ones and then just crammed them into a new game.

Despite this, I can’t pretend that Layers of Fear didn’t get me. I did yelp. I did jump out of my seat. No much, but it happened. To go into too much detail would spoil the surprise, but Bloober Team are quite good at getting you to look right where they want you to look, before sneakily placing something horrible or at the very least startling right behind you (though there are occasions where you might be too busy rummaging in a drawer to notice, until you hear a bump or a crash). But it’s all too brief.

Being startled isn’t something that lasts, and you quickly get over it. And instead of building tension and an atmosphere of fear, the game simply attempts to startle yet again in the next room. 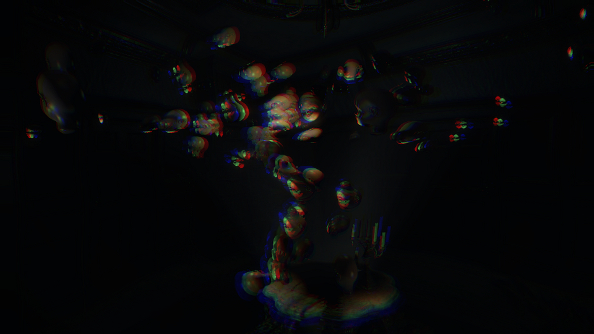 That’s where it starts to feel like a ride. You’re shuttled from one room to the next, and you start to be able to anticipate the scares. And unfortunately, the same tricks are used over and over and over again until they just become tiresome. I scare very easily, but after only an hour or so, I was sitting through most of what the game was throwing my way, utterly calm. And then the worst thing that can happen in a horror game occured: I got bored.

It really is a shame, because when Layers of Fear isn’t just cribbing from games like Amnesia, when it’s embracing its themes of paranoia and art, it can be spectacularly disturbing and significantly more nuanced.

Paintings, which fill the ever-shifting rooms and corridors of the mansion, transform as you look at them. Often, the paint will melt away to reveal something foul and distressing underneath, but sometimes it’s even more imaginative, as they swallow you up and trap you inside them – or maybe they don’t do that and it’s all an illusion. Reality is very, very flexible. This goes for the house, as well. Rooms are constantly being rearranged in both obvious and more subtle ways, and there’s no guarantee that going back through a door that you’ve already passed through will take you back to the room you’ve left. 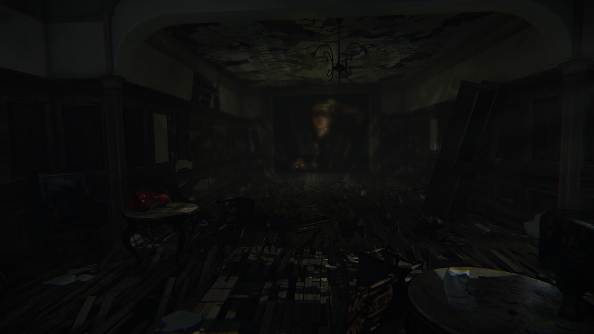 Lamentably, these elements are used so often that they become almost mundane, just like the jump scares. Quickly, you’ll expect the paintings to change and the rooms to shift, and you’ll start to see patterns as you peek behind the curtain. When you enter a room and there’s only one locked door, you’ll know that you probably need to go backward, and the room you just left is now an entirely new room. At first, it’s surprising, but it rapidly becomes familiar.

Layers of Fear runs out of horror ammunition before too long. With almost every room attempting to shock, startle and scare, it feels like it’s spent within the first couple of hours. And that’s when things get weird. Any subtlety that did exist is flung out the window and the game just goes bonkers. Any pretense of you being in a house ends, and each room starts to straddle the line between an Escher lithograph and a Giger sketch.

Suddenly, the game becomes less about exploring and being scared, and more about witnessing all the crazy things that Bloober Team’s artists want to show off. It feels more like a ride than ever, at this point. Visually, it’s amazing. It’s impossible to look at these rooms, twisted universes of varying, impossible to measure sizes, and not be incredibly impressed, but you might as well be wandering through the world’s strangest art gallery. 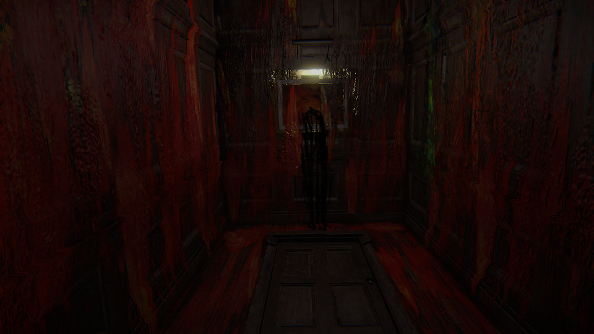 I soon wanted to get off the ride. I felt like I – the player – had been forgotten. At no point did I actually get a sense of the artist whose form I was inhabiting, even though poorly-written letters jam-packed with awkward modern colloquialisms and badly-voiced audio flashbacks occasionally attempted to remind me that there was a person behind all of this. It’s like walking through a stranger’s dream. But as it got more surreal and alien, as the rooms increasingly defied physics and sense, I became even more detached from the experience.

Though it may touch on themes of mental illness and family, Layers of Fears’ initial reliance on often hackneyed horror cliches and then its descent into more and more surreal scenes make it oddly impersonal. With that in mind, and the way it feels very much like an absolutely mad theme park ride, it’s probably in a perfect position to become a YouTube success. I don’t think it’s a particularly good game to play, but it certainly offers a lot for those who prefer to watch.