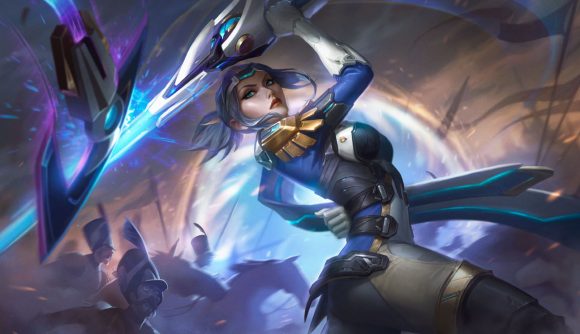 Earlier this year, League of Legends developer Riot announced it was launching a “Client Cleanup Campaign” – that is, a big rework of the MOBA game’s client to improve its performance and stamp out a bunch of bugs and other hiccups. Now, the studio’s posted an update on how this is going – and has said: “Put bluntly, we still have a ways to go before we’re happy with the client’s performance.”

In a ‘Client Cleanup’ progress post, the studio says it’s keen to keep players updated with how the effort’s going, even when it’s “struggling”. According to its recent findings, the team working on this has come up against some “setbacks”, which it details. “For the first couple of patches of the year,” Riot explains, “we were seeing meaningful improvements in bootstrap time as a result of our plugin work.

Possible explanations for this setback, the studio says, include the “increased strain we’ve seen on League’s servers in recent weeks”. Earlier this year, following the outbreak of COVID-19 around the world and subsequent lockdowns, League of Legends’ servers got pretty full, surging to 90% capacity in North America.

But, perhaps more crucially, are some concerns the studio has with a client tool called Affinity, which Riot implemented a few years back. It lets the studio “specify which plugins need to be loaded before bootstrap can complete”.

A couple of months ago, we announced our plans to fix the League of Legends client. In today's blog, we'll talk about some positive progress we've made, and some of the setbacks we've encountered:

The studio explains it’s discovered two key issues with the tool: “At some point during 2018, Affinity was inadvertently broken”, and it’s still suffering some hiccups now. Second, “Even if fixed,” Riot says, “Affinity wouldn’t solve our problems”. This is because it has basically always had some problems with “loading too many plugins during the bootstrap”.

Fortunately, the dev says, now it knows about these concerns, it can work on replacing Affinity. This might slow work on fixing the client down a little, but “either way,” it explains, “we see this discovery as a good thing, as it gives us a clearer path forward”. And, there has been “some progress” in this first phase, too: “There are now about 10% fewer ember apps and 20% fewer plugins the client has to load during bootstrap, compared to when we started this process.”

Riot says it’ll keep players posted on its client fixing work in the coming months. In the meantime, if you’re a League fan, go get a look at the LoL patch 10.10 notes to see what’s on the way this coming update, as well as out LoL tier list to help you pick out the best League of Legends Champions to pick out in the live game right now.