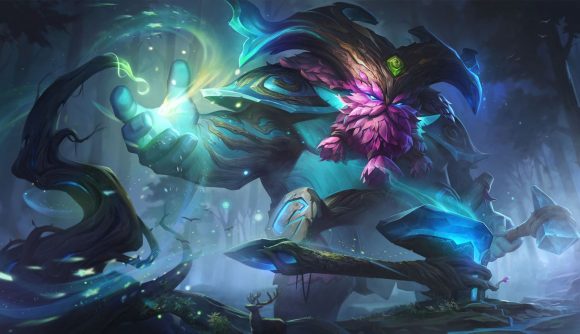 Remember back in December 2020 when League of Legends developer Riot Games launched the long-awaited Elderwood Ornn as a charity skin? Well, since then it seems a whole lot of the multiplayer game’s players have been snapping it up, as Riot has now announced the grand total raised as a result – and it’s into the millions of dollars.

“From the end of last year to early January, you all rallied around the ancient shaper of the Elderwood and keeper of divine knowledge by purchasing Elderwood Ornn, the 2020 charity skin,” the studio announces in a dev blog post. “In total, the global League community raised more than $7 million for the Riot Games Social Impact Fund.” Phwoar.

The chosen charity – the Riot Games Social Impact Fund – is a “philanthropic venture fund” established in 2019 and independent of Riot Games as a developer and publisher, which was set up to make direct investments in a bunch of organisations based globally that are looking to solve some of the world’s most pressing issues.

Since its creation a couple years ago, the charity has already donated millions of dollars on behalf of players to “promote equality in education, opportunity, and global citizenship,” Riot says. “This Social Impact Fund is our grown-up effort to take our collective impact to the next level and accelerate human progress.”

“Thank you all so much for continuing to support highly impactful organisations around the world,” Riot adds. “We hope you’ll join us again in this year’s charity fundraiser, so we can continue to build a better world together.” There’s no word on what that skin might be yet – and we probably won’t know for a good long while yet – but for now, it’s great to see shiny new League of Legends champion skins having such a big impact for important causes around the world.

For now, be sure to check out our League of Legends patch 11.9 notes to see what’s headed to Riot’s MOBA next – and keep an eye on future notes, too, as we’ll let you know when a new charity skin’s headed our way in them when the time rolls around.