Elementalist Lux, the latest League of Legends ultimate skin and the focus of its last full patch (6.23), is now available, and she gets a rather beautiful mini-site to commemorate her release.

Fancy getting into League of Legends? Here are the best League champions for beginners.

She starts each game in Light form, and gathers elemental power by hitting enemy champions with abilities. When she has enough, she can choose from one of four elements to shift into the corresponding form. She can then transform a second time, mixing elements to produce five further second-tier forms. Each of these ten forms has its own skin, particle effects, animations taunts and more. 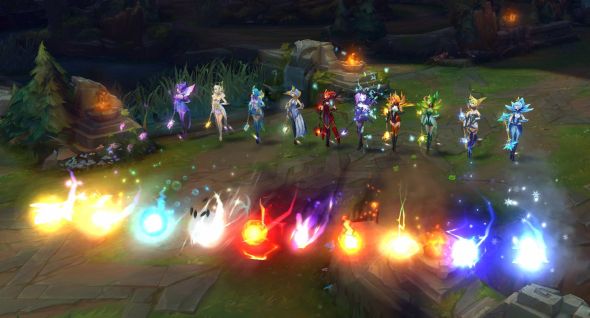 More details are available on thisimpressively animated mini-site, but they won’t tell you the full story. For that, check[email protected]. For everything else in patch 6.23, check our patch notes.