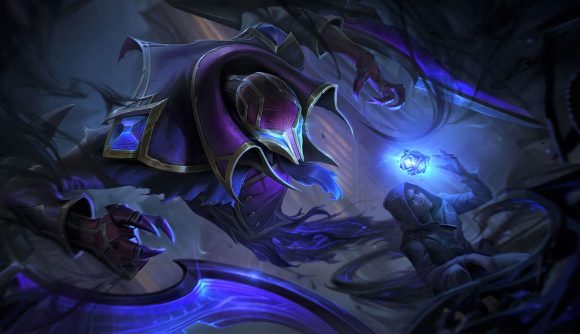 League of Legends esports viewers are in for some free goodies in the form of ‘Drops’, developer Riot Games has announced. That’s right – for the MOBA game’s upcoming Summer Split event, you’ll be able to scoop up some “digital goods and other promotions from our brand partners when epic moments occur” if you tune in via the Watch.Lolesports.com live player.

As spotted by our sister site, The Loadout, Riot’s announced the League of Legends esports rewards will “begin to occur during the third week of the 2020 Summer Split for the LCS and LEC”. And, the post continues, “fans from all regions and servers will be eligible to collect rewards like skin shards, chromas, prestige points, and Clash tickets.” Sweet.

These Drops can be dished out when certain moments occur during live LoL esports matches. For example, when things like “Baron steals, pentakills, or a series going to the final game” take place, “some of them will be celebrated with a drop”. When the scheme arrives, you’ll be able to keep track of the Drops you’ve collected via a ‘Drops’ tab on the Watch.LoLEsports.com platform.

There are certain eligibility criteria you’ll want to be aware of if you’re interested in picking up some of these rewards. You’ll need to be sure you’re logged into the live player and opted in to receive the goodies, and then “click the on-screen notification or visit the drop page on Watch.LoLeEsports.com anytime afterward” to redeem a drop.

Plus, Drops will only be available while you’re viewing a live match in the LCS or LEC going on, as you’d expect. However, the studio says it “hope[s] to expand support for other new features in the near future.”

If you’re a League fan, be sure to take a look at the LoL patch 10.12 notes ahead of the next big update’s arrival next week – there are some key balance changes and new High Noon skins on the way.