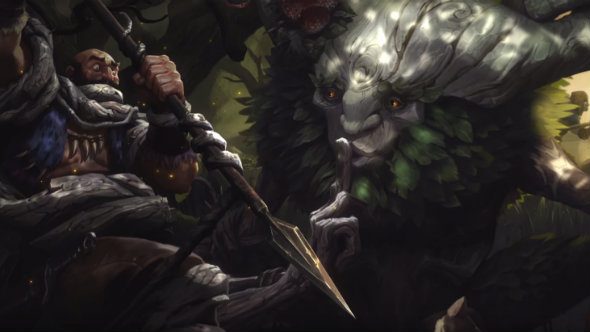 I don’t claim to know a lot about LoL, but if this new Champion that’s being teased isn’t really good at jungling, I don’t even know what to say.

If you’re as clueless as me, this list of the best League of Legends Champions for beginners should help you along.

The new teaser opens with a shot of some sleeping wolf cubs, only to peel back and reveal a huntsman’s spear glowing nearby. Luckily, Ivern’s about and he’s not having any of it.

Ivern: Friend of the Forest is basically a tree golem, using his branches to pin enemies, by the looks of things. He also has the ability to grow grass, which could either be used as a stealth technique or to slow or halt progress.

Whatever his abilities, I think we can agree that he seems like a stand-up guy. I’d trust him to get to the root of any problem.

Sorry, I’ll show myself out.

Just ignore me and watch this trailer, yeah?