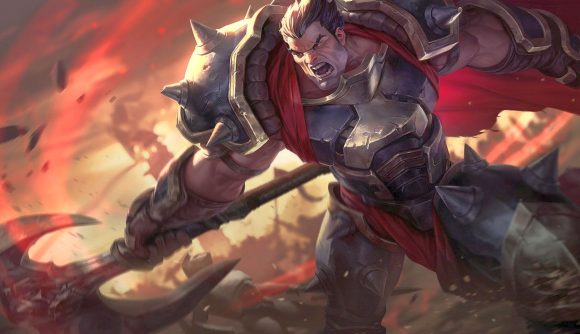 If you’ve been keeping an eye on our League of Legends patch 11.8 notes, you’ll know that League’s gameplay design director has posted an early preview of what we can expect from the coming update. Alongside some changes aiming to “broaden” enchanter items and tweaks to get some champions back on track position-wise, the patch will fold in some key adjustments to try and widen the pool of jungle champs.

“Another round of opening up new champs to the jungle pool,” Mark Yetter notes in the early patch preview, which, though not yet filled in with details on exactly what kinds of changes we expect to see with 11.8, gives us the gist of nerfs, buffs, and changes. In the list of League of Legends champions getting re-tuned for jungle viability are Diana, Darius, Mordekaiser, Morgana, and Zed. Fortunately, some of these changes have already hit the PBE for testing, so we’ve got an idea of the gameplay updates they’ll get when the new patch drops.

Going by what’s being tested so far, we can see Darius and Diana’s passives and Morgana’s W are getting buffed, dishing out significantly more damage in percentage to jungle monsters – as you’d expect. Similarly, the cap on damage dealt to monsters by Mordekaiser’s passive has been bumped up to a flat 180, where it was a scale of 28-164 previously.

Patch Preview for 11.8
-Some broadening of enchanter items
-Another round of opening up new champs to the jungle pool
-A few shifts for champs that fell out of their playerbase's favorite position (mundo, rumble) pic.twitter.com/2sUlJVjkJw

As ever, it’s worth noting that these are just tentative changes for now, and still have a fair bit of time left on the PBE for testing before the patch drops next week, so they’re not set in stone. We should see Mark Yetter’s more detailed preview come through on Twitter soon to give us a more solid idea of what’s coming, but for now these give us a good indication of how that jungle pool’s getting opened up.

Some other notable bits and pieces coming with the multiplayer game’s next update include a small update for Rammus, “a few shifts for champs that fell out of their playerbase’s favourite position” (Dr Mundo and Rumble), and some buffs to help boost Lee Sin and Aphelios, who have been in a bit of a tricky spot in recent times.