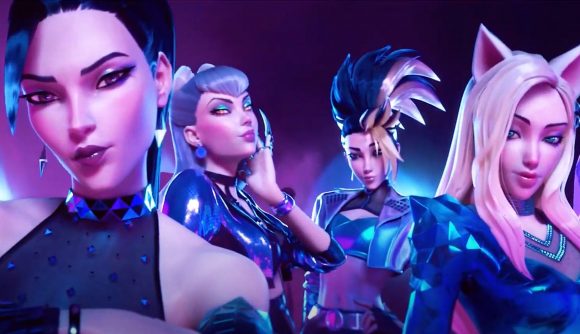 Exciting news, fans of music and MOBA games – K/DA, the virtual League of Legends group, has launched a brand-new music clip for one of its upcoming tunes, ‘MORE’. Featuring the latest addition to the multiplayer game’s character roster, pop star LoL Champion, Seraphine, and a lineup of real-world artists, the clip gives us another taste of the K/DA’s upcoming EP.

The ‘More’ music video features, alongside the pop star from Piltover, artists Madison Beer, Lexie Liu, Jaira Burns, and Soyeon and Miyeon – two members of K-pop group (G)I-DLE. The tune itself is the title track from K/DA’s imminent new EP ‘All/Out’, which launches in just over a week’s time, on November 6. It’s one of five tracks on the record, along with ‘The Baddest’ (which debuted on YouTube a couple of months back), ‘I’ll Show You’, ‘Drum Go Dum’, and ‘Villains’.

As you’ll likely know if you’re a League fan, K/DA’s made up of in-game Champs Ahri, Kai’Sa, Akali, and Evelynn, and the group itself debuted at the 2018 LoL Worlds Championship.

Here’s that brand-new clip for you to check out: 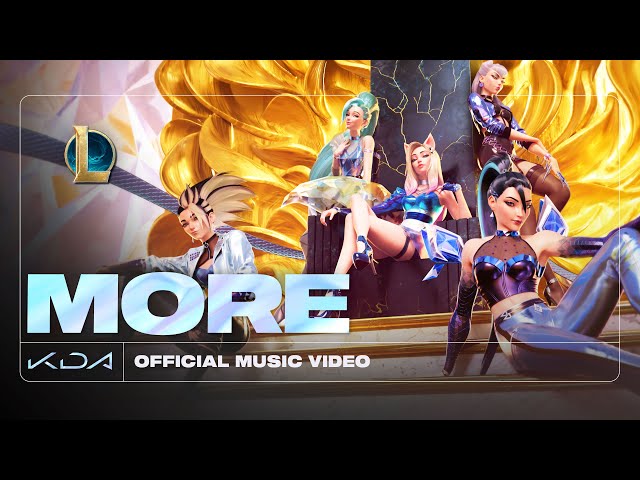 Ahead of the ‘All/Out’ release date next week, be sure to take a look at the LoL patch 10.23 notes to get an idea of all the balance changes, skins, and other updates on the way to the game soon, and in testing for Preseason 2021.