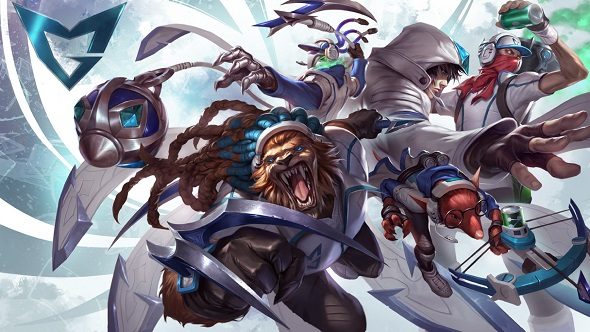 Back at GDC 2017, design lead for League of Legends Greg “Ghostcrawler” Street gave a talk which covered how Riot attempts to balance their game for players across the skill spectrum. From the depths of Bronze right up to players competing in Worlds, Riot has to somehow provide balance changes which please the largest number of players.

Find out which MOBA is right for you with our in-depth MOBA guide.

For Street, he sees game balance as “a contract with the player”, where the player is offering their investment of time and sometimes money, with the expectation that the game will be balanced enough that they can enjoy playing it. Seeing as League of Legends is supposed to be a game that rewards skill, balancing League involves creating a state where balance will never trump skill. So, players should not be able to purely rely on the overpowered aspects of a character to win but at the same time, a player of immense skill should not be handicapped by a character that simply cannot compete in a competitive environment. There is some expectation of equilibrium, but this is almost impossible with a cast of over 130 champions.

Keeping over 130 individual characters balanced is a mammoth undertaking but as Street admits, failing to keep League balanced becomes an erosion of player trust. This task becomes even harder when you need to consider balancing champions for someone who only plays League for 30 minutes each week to someone who makes a living by playing League professionally.

The divide between pro and normal skill players can be a help though, as targeting a balance change specifically at a pro player strategy will more often than not, trickle down to effect the lower levels. With players often looking to the pros in order to improve, affecting a good change at the top may positively affect the rest of the playerbase. Moreover, with all players of League using the same ruleset, Riot does not need to consider different balance changes for different Ranked divisions. That would be even more of a nightmare.

To help on tough calls on balance, Street says that it is always helpful to have a core design philosophy around balance. By having everyone on the team roughly know what’s good and what’s bad, it makes dodging horrendous balance changes that bit easier. Even then, there are times when a balance change can misfire, so Street recommends having a risk mitigation plan so you can limit the negative effects of a misfire. If you are nerfing a character for example, have your short-term goal be to drop their pick rate by 2% in Ranked. If it goes drops off by 10%, you know you need to scale back the nerf but it is only .5%, you may need to swing the nerf bat again.

Street also advises to be careful where you target your balance changes as well. Highly skilled players are going to be more knowledgeable and sensitive to even the smallest of changes, while a bronze level won’t usually bat an eyelid unless a change is massive. So, he recommends targeting the area where there is the highest concentration of players who are knowledgeable enough about the game to provide decent, wide-ranging feedback on a balance change. Focusing solely on the needs of pro players would remove a majority of the champions present in League, but being too restrictive would turn off the players who are driving your metagame. The best approach is to be open about your balance goals, so your player base knows what you are going for.

Hearing about the minutiae of balance straight from the horse’s mouth is intriguing, and gives players some perspective on just how difficult balance is.