Riot Games developer League of Legends has released a cinematic documenting the adventures of one of the game’s oldest champions – Ryze, the Rune Mage. As well as revealing more information about Ryze himself, the new video takes the champion across Runeterra, featuring a host of characters from throughout League of Legends.

The video, titled Call of Power, shows Ryze standing atop the ruins of a collapsing city, and then follows his journey across the world to find fragments from his past. It’s all quite cryptic, but it ties into several aspects of his lore – the video watches Ryze as he attempts to gather, and secure, powerful World Runes.

His journey takes him across the world, and into the remit of a host of League of Legends champions. In Bilgewater, he works with Miss Fortune, while in Shurima, he battles a titan alongside Nasus. In Demacia, Sona comes to his aid, while he’s forced to fight against Trundle in the wastes of the Freljord, and even comes face to face with Vel’Koz and the Void.

The video comes hot on the heels of the game’s new interactive map, which explores the world and some of its most important stories (and could be a precursor to a League of Legends MMO). 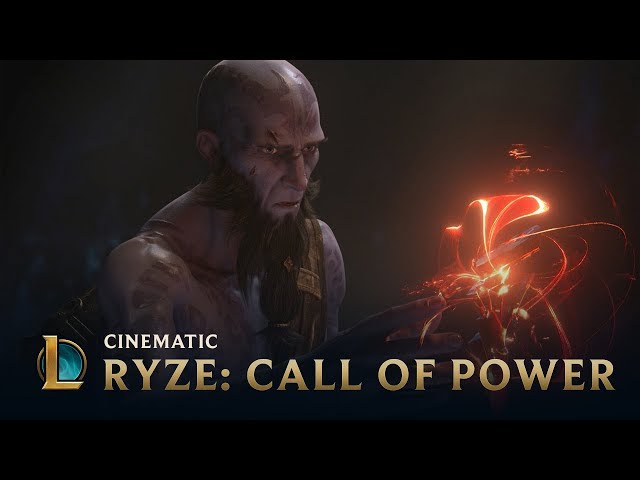 You can check out the video above. You can also take a look at the League of Legends patch 8.15 notes to help you stay up to date – the freshly-reworked Akali is now live on the PBE (complete with impressive new Twilight Shroud), alongside changes to Fizz and Irelia.