Update Jan 25, 2016: Riot are starting to fix the problems in their new systems and believe they will be back online early this week.

Since the dynamic queue system came online and quickly, well, stopped being online, Riot have been hard at work to get it back in place and start the 2016 season in earnest. Their efforts have not been in vain, as work in smaller regions has let them find the problems and allow them to scale the systems back up. Posting on the official forums, Riot Ymir says that everything should be back to working come Tuesday.

Probably not the best time to be getting started with League of Legends, but if you want to, here’s the best champions for beginners.

Posting earlier today, they had this to say:

While the ranked system in EUNE had never lost the new systems, renabling it in normal games let Riot see how a larger player base could handle it. It looks like it worked, as Ymir posted this in the past hour:

“Tests are going well and we’re expanding to other regions. EUW is still slated for early Tuesday morning as we want to avoid peak playtime for release. Should anything change we’ll make sure to keep you updated.”

Of course, giving any specific info is always a mistake when dealing with millions of frustrated, desperate players…

“The questions I’m getting on this is why we’re normally hesitant on any timeframe 🙂 We would be looking pretty early in the AM as we want to avoid peak times for EUW, basically early enough that if you have school or work tomorrow you should get a hearty sleep. As always this is subject to change and should any changes happen you’ll know as soon as we do.”

So if you’re looking to play on the EU’s most populated servers, I wouldn’t recommend staying up for it, but it should be good to go by later tomorrow. Meanwhile, in NA it should now be available. 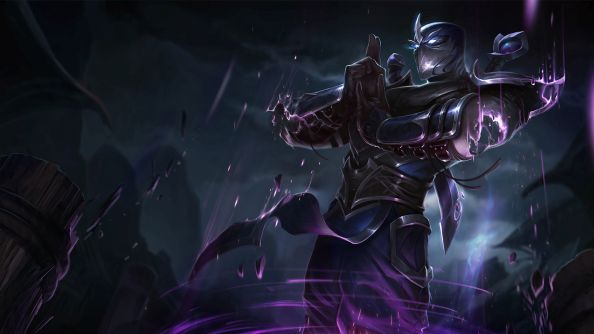 Original Story Jan 22, 2016:Not been a great one down at chet Riot. They were all ready to launch the 2016 season of ranked play for League of Legends, along with a pair of new systems to help players enjoy it more, and both immediately failed under the weight. Dynamic Queuing was designed to expand the size of parties that were allowed in the game’s ranked modes, meaning groups of three or four could take part. Meanwhile the new champion select system let people focus on specific roles rather than sometimes being forced into their weaker positions. Neither is currently working.

Almost immediately upon becoming available in the EU region the system started to show problems and was taken offline. This was rapidly followed by other regions, with Riot citing a “load issue” in their post about it. Rather than depriving their tens of millions of players who just wanted to play some ranked League, they quickly reinstated the old systems from 2015, allowing players to play solo and duo ranked while they work it out. Their explanation for the problems goes like this:

“Before we introduced this feature, we used a simulated environment to load test the entire system. Live implementation was first conducted on TR and NA with no major glitches. However, some subsystems of the dynamic queues didn’t scale up correctly when running on a larger live environment.”

The Party Rewards week-long event that was meant to encourage people to use the new system has naturally been delayed so nobody misses out, and any games you play on the reinstated systems will count towards your placements in the new system. A doubtlessly somewhat tired Jeffrey “Lyte” Lin, Riot’s lead designer on social systems like these, informed everyone via Twitter that they’re doing their best to get it all fixed. He also clarified the Party Rewards situation on Reddit.

The good news is that a large (or at least loud) portion of the playerbase has said they’d rather play more casual modes until the new champ select system is in place rather than use the old version. People getting salty over not getting ‘their’ role, among the thousand other minor offenses that become the biggest deals in the world once you hit champion select, is a huge annoyance. Hopefully Riot, having done the hard part of actually designing a system that counteracts this, can get their servers to co-operate soon.