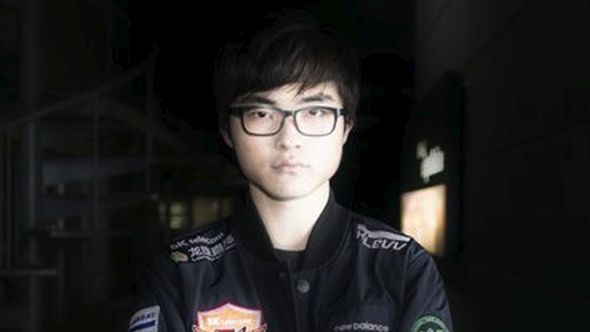 Legendary League of Legends legend Lee Sang-hyeok, better known as Faker, streamed live on Twitch for the first time yesterday. It, ah, went rather well, peaking at over 245,000 concurrent viewers.

Like to challenge the legends one day? Try one of the best League of Legends champions for beginners.

That figure makes Faker’s stream the most-watched by an individual in Twitch history, according to PvP Live, exceeding the numbers of several major eSports events (the Overwatch World Cup at BlizzCon last year peaked at just 120,000).

If you haven’t heard of Faker, chances are you’re not reading this article, but he’s considered by many to be the best League of Legends player ever. He has mastered a huge number of characters and, as Redditor Ngjeoooo points out, has been on top for over four years “through many different metas”. He helped to win the Lol World Championship in 2013, 2015 and 2016, and has many more individual awards.

There’s a reason Faker hasn’t streamed his skills solo before. He used to have a deal with Korean streaming platform Azubu, under which they had exclusive rights to his matches. About two years ago, another streamer named StarLordLucian managed to find a legal loophole in that deal, and streamed Faker’s solo-queue matches without the permission of anyone involved, much to the annoyance of almost everyone.

That controversy could perhaps have contributed to the swell of interest in Faker’s stream, quite apart from his own skills. However, he’s known for being very good at League of Legends, not for charisma. Despite the presence of a translator for the benefit of his English-speaking viewers, Faker didn’t interact with them much, and some fans left disappointed. The same was broadly true of his streams on Azubu.

During a video interview with Fomos, Faker acknowledged these issues, saying:

“My streams were boring and I didn’t communicate with the viewers when I streamed on Azubu, but if we move platforms to Twitch (permanently), I want to work hard to make an entertaining stream.”