League of Legends’ quarter-finals concluded the fight for four spots in the next round of the annual World Championships at London’s Wembley SSE Arena on Sunday. You may have seen the action on BBC Three, or any one of a dozen or more online and TV broadcast networks from around the world, before the media entourage packed up to move onto Brussels and the semifinals. It would seem that for a game, and a company, that can pack out stadiums across four of Western Europe’s biggest capital cities, and stream to millions more, there is little left to conquer.

Check out our guide to the best LoL champions for beginners.

But for Riot Games, broadening LoL’s appeal is a cornerstone of their e-sports strategy. “Playing the game will hopefully always be fun and we’ll always find new ways to keep people excited to log in and queue up for the next match,” says Jason Yeh, Riot’s European head of e-sports. “We wanted to create a different experience, which I think it’s also evolved into, where you can also enjoy watching and following your favourite teams and players and that can, in and of itself, become a very longstanding entertainment experience.” 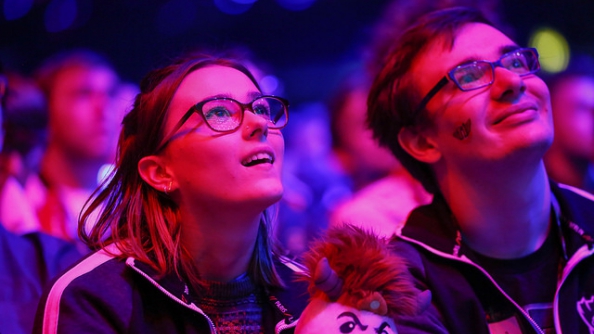 E-sports’ shared heritage with its traditional namesake creates a lot of opportunity for learning, in Yeh’s eyes. An avid Liverpool fan, he sees the potential for e-sports to separate away from the game itself, as well as a much larger combined opportunity for players and spectators alike. E-sports as entertainment and the game as play are two sides of the same coin. “But I think at the end of the day they don’t have to be mutually exclusive,” affirms Yeh. “There are different challenges to make a game fun and easy to watch versus making it easier to learn how to play.”

We have yet to see how the television-watching public responded to BBC Three’s experimental foray into e-sports last weekend. But it is nowhere near a far stretch of the imagination to say that anyone unfamiliar with the concept will have been confused. “The game and the genre is not the easiest to get into,” Yeh admits, “and I think there’s something we can do to make that early game experience easier for people who haven’t played this type of game before.”

But as for bringing new eyeballs to that spectator experience, Yeh believes that is not the main purpose of their output. “I think from a viewership standpoint, we’re targeting people who play League, and have made it a part of their life already,” he said. “So there is a certain level of understanding that our potential spectators have going into the viewing experience.”

Out on the stage, a fairytale storyline was playing out as Challenger series rookie team Origen were preparing for the first of their quarter-final matches against Taiwanese second seeds Flash Wolves. Origen won 3-1, putting them through to face Korea’s top-seeded SKT Telecom team in Brussels. Regardless of spectator complexity, that’s a story arc that appeals to any fan of performance-based drama, which is the essence of almost all sports. Perhaps the key to attracting those uninitiated is to foster storylines like these, and that begins by bringing in new blood. 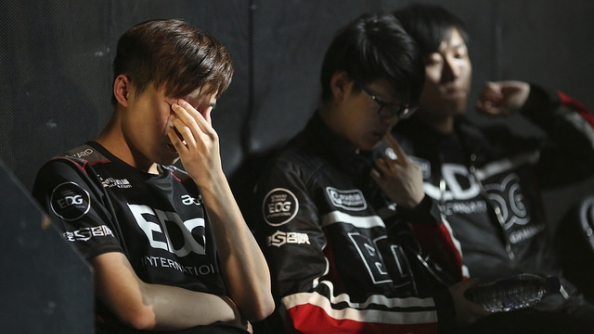 “What we’re viewing here is the pinnacle of the competition across all regions in the world,” Yeh says, indicating the second playoffs stage of the World Championship. “But there’s an entire ‘path to pro’ in different parts of the world, where we engage players earlier in their lifecycle of playing the game to give them opportunities to compete.”

These smaller, regional tournaments like ESL’s Go4 weekly online scrims, are a player’s first interaction with the e-sports world, and Riot wants to make it as seamless as possible with their overall ecosystem. “Being able to access the competitive element of the game, whether through playing Ranked or attending one of these more local events, should be accessible to as many people as possible,” Yeh said.

But there is a limit to at what point a player is ready to become competitive in a professional sense. It is an actual legal limit, imposed by Riot in the contracts their LCS players sign, that a player must be 17 or older, and it’s there to help improve e-sports. Or is it?

“Thinking about what it means to be a pro gamer – what a career looks like, how much should you practice, how should teams be operated, all of that – we want to level up this professionalism,” Yeh said. “And I think in some cases age is one factor in that, it’s difficult to be a professional in anything when you’re in your teens, but if you look at the broader competitive ecosystem there’s definitely opportunities for players younger than 17 to get involved in League.” 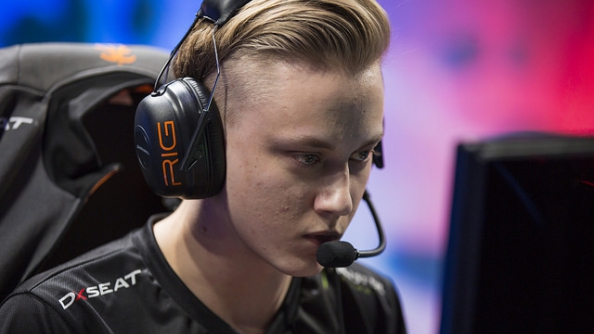 One player who found themselves on the wrong side of this maturity divide is Martin ‘Rekkles’ Larsson, Fnatic’s AD Carry. In 2012, Rekkles joined Fnatic and was responsible for the team’s rise at the end of the year to take three first places at major tournaments and claim a spot in 2013’s EU LCS. But he was only 16. Forced out of the main Fnatic squad, a ‘junior’ squad was made in the organisation just for him, though it quickly fell apart and Rekkles joined Copenhagen Wolves to compete in larger tournaments.

“Back then, at that age, at that maturity, I didn’t take it well,” Rekkles tells me, shortly after his quarter-final victory over China’s powerhouse Edward Gaming. He is now back on the team he helped propel to the EU #1 spot, but 2013 was a long year for him.

“Being put in a situation where something holds you back and you can’t control it, is very very frustrating, you know? You’re a teenager, you’re very moody, so if something’s out of your hands then you don’t like it. So for me it was really tough that year. I don’t feel like it gave me anything in terms of becoming a better player, the only thing it might have done is that I matured, perhaps, but I think that would have happened anyway.”

Things have changed in the past two years, Riot’s options for non-LCS teams have expanded a little to help with this sort of situation, and speaking to Rekkles, it was a much-needed change. “Back then either you were LCS or you were nothing, whereas today, perhaps, you can still be something without being LCS,” he says. “You have the ability of creating something of your own in Challenger series and going all the way together, learning how to play and going up the road to LCS.” 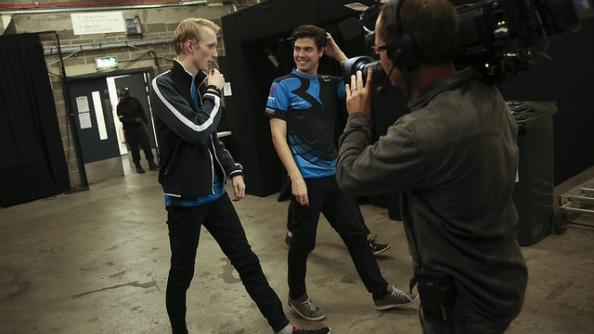 But, according to Rekkles, there is a limbo between the two stages of a career that young players have no choice but to exist in and wait for their chance. “It’s quite sad actually,” he laments. “I know there’s a lot of people right now in my position from back then, but what can you say to them other than keep working for your dream, right?”

And when that dream arrives, the gulf between lower tier play, often online-only tournaments played from a bedroom, and the pressures of on-stage championships is enough to swallow some players whole. “It was a huge change for me, I don’t necessarily remember exactly my first games, but I remember I was shaking quite badly for the first ones on stage,” Rekkles admits. “It’s a totally different world, you’re not sitting at home in your PJs, playing with one leg up on the table, being yourself. You’re in a totally new world, with everything new and as uncomfortable as it gets.”

The good news is that many of Riot’s new initiatives are aimed at helping players in this limbo, with potential collegiate tournaments being discussed in America and the UK, where Yeh has noted that existing regional team divisions can be used to promote competition. And proof that even great talent can make it through a far more flawed system sat in front of me, on a steel chair backstage in one of the biggest arenas of his career.

“This feels almost like home,” Rekkles says, as a roadie drags a packing crate past us. “Because we’re out so much and playing in different places. But I think it’s super hard for the new guys to adapt to everything. With the e-sports scene being so rapid, in a sense that if you fuck up one game, no-one is ever going to look at you again, you know? It takes some time, right, but sometimes in e-sports I don’t feel like you have that luxury.”