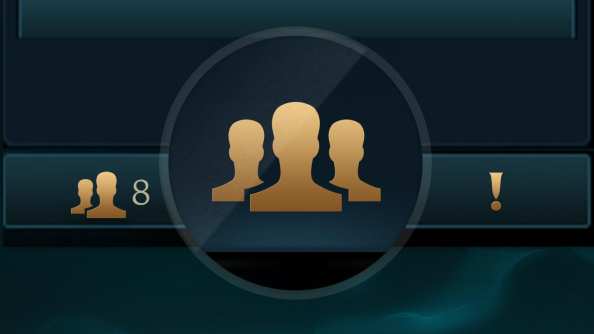 Clubs are no longer just something Trundle beats you about the head with – they’re also Riot’s name for new player-created social groups. Intended to pull “like-minded” summoners together, clubs will enable players to dramatically increase the amount of friends they have available for games. Each club will have a private chat room that persists across sessions – a place for members to assemble.

Just starting out in the lanes? These are the best League of Legends champions for beginners.

The idea is that you’ll spend more time playing games with the “right” teammates, and less time making do.

First announced in November, clubs are now situated in the social panel (where the ‘chat rooms’ button used to be). The current cap is 49 friends – and if that sounds like a lot, Riot are planning to increase it further once players have got the hang of the chat system. With that size of community, it’ll of course be necessary to moderate, and the developers have provided tools for that.

You can be in multiple clubs at once, and fly the flag (or rather, tag) of one in-game.

“Some of the visuals are still a little less polished than we’d prefer,” say Riot, “but we think it’s important for you to get your hands on clubs now and we can clean things up over the next few patches.”

The studio says that clubs are the first improvement to League’s social features in a much larger plan. What would you like to see change in the way LoL players communicate?