Riot Games has produced a detailed map showing off the sprawling world that exists within League of Legends. Lore has been an important part of Riot’s MOBA since its beginnings over a decade ago, but the new map – which could provide the backdrop for a brand-new game set in the LoL universe – is the most in-depth exploration yet.

The interactive map shows off the entire continent of Runeterra, from the mysterious Shadow Isles in the south east to the frozen tundra of the Freljord in the north. Nearby, Noxus and Demacia feature alongside Ionia, while the mountains of Targon and the deserts of Shurima stretch away to the south. The whimsical homeworld of the Yordles, Bandle City, seems to drift around the map, never appearing in the same place twice.

Zooming in on a section of the map draws the attention to points of interest. Capital cities feature, but so do areas like Mount Targon, which gave us Zoe, Taric, and Leona. The childhood homes of Garen, Lux, and Quinn are also mentioned.

The map could also work as a hint as to what else Riot Games is working on. It’s a poorly-kept secret that the League of Legends’ founders have returned to development ahead of an as-yet-unannounced new project, but there’s little clue as to what that is.

Should we build a MMO? Yay or nay? https://t.co/doZs8zkLNX

However, after the official League of Legends account tweeted a link to the map, Riot co-founder Marc Merrill tweeted, asking fans “should we build a MMO? Yay or nay?”. That’s obviously not concrete information, but a League MMO could work, especially with such a rich map and so many characters to draw from. 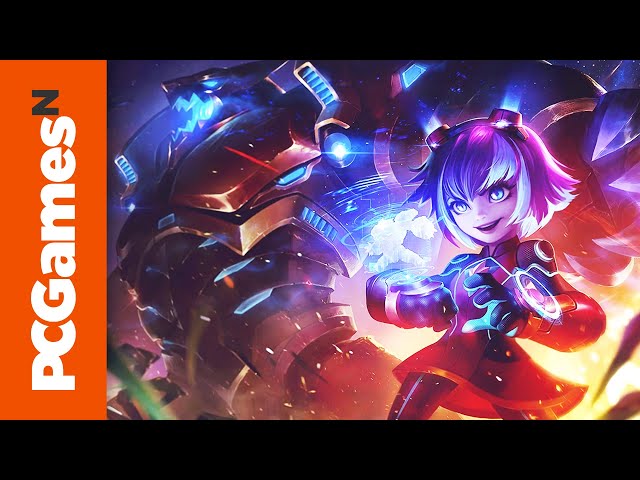 If the best MMOs aren’t your thing, check out our list of the best League of Legends champions. Alternatively, you can check out the video above – neither can guarantee you’ll make that climb to Diamond, but a few pointers can’t exactly hurt, can they?