Professional League of Legends is growing up. The first six years of Worlds has already proven the eSport’s immense popularity, and now the open questions surrounding the LCS are no longer those of viewership or potential interest, but structure. The biggest talking points now revolve around issues like partnerships, monetisation, and the shape of the competition going forward.

Whalen Rozelle, co-head of eSports at Riot, is as well placed as anyone to explain where League is headed, and how the developer intends to shape its eSports experiences in the future. Read on to learn why Riot hasn’t yet found the perfect partner, and how they plan to encourage diversity…

For the future of the game, here’s what’s going on in League of Legends patch 6.23.

PCGN: You and the founders of Riot have talked about the immaturity of League as an eSport, as well as eSports in general. What does maturity look like to you?

Rozelle: It’s challenging to know what it will look like because it’s safe to say that maturity won’t look exactly like traditional sports. We don’t know what a mature global eSport looks like because we haven’t had one before. That being said, I think maturity is defined by a more stable ecosystem where the rate of change slows down year on year. Whether it’s format, structures, relationships with pros, presentation style; when you look at the growth of any business or a sport, the rate of change is incredibly high early on. I think we’re still on that trajectory where that rate of change is really high. So maturity means that through trial and error around the world we figure what this picture looks like. We’ll begin to solve some of the unknowns in this multi-varied equation and I think that we aren’t there yet. 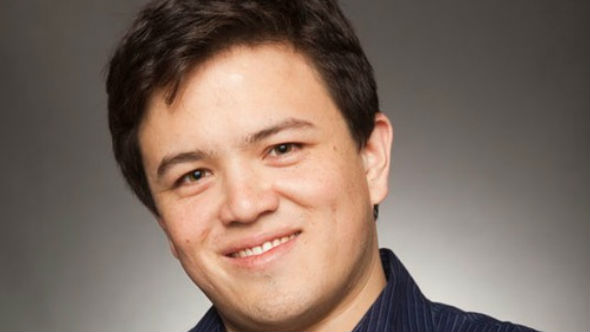 And what exactly are your greatest unknowns?

The questions we asked of ourselves three years ago were interesting. It was the end of the first year of the LCS and a lot of the other leagues were cropping up, and we asked what the sport would look like if it was played in front of a live audience every week. How would the presentation evolve? What would it be like with more teams or a different format? The questions back then also included the viability of eSports as a business. I think that a few of those questions have now been answered: around the world we see that eSports is really great as an intimate theatre-like experience with several hundred people watching. That also seems to be where we’ve hit a plateau, and what’s interesting is that when a lot of new investors coming in who are used to NBA arenas or football in Europe and they say ‘should these things be played in a venue like [the] Staples [Centre] day-in, day-out every week?’ If that’s our future that’s a very distant part of the future. We’re figuring out the week on week live audience experience as well as international events.

But when it comes to unknowns we face today some of those are really still kind of present. What is the end state for a regional League and how viable is it to invest in one of those things? Can our teams become like franchises? Will we have teams that become as successful and valuable and resilient and stable as the Manchester Uniteds of the world?

Wouldn’t you say we’ve already seen the beginnings of that in Europe, with teams like Fnatic who are already successful brands?

We hope that Fnatic could be like a Barcelona or like a Man City, [but] as it stands there’s a difference between a successful eSports brand and a successful brand in football or basketball.

In reaching that kind of state eSports faces the problem of locality. Teams belong to regions, but not specific places within those regions.

We have asked ourselves these questions like, ‘does it makes sense for all teams to be in the same city?’ Does it make sense to reintroduce this idea of geography to a sport that is digital? Is the locality of traditional sports a result of the fact that the sport has to be played physically in a place? Or is it an advantage to have local venues with attendees and whatnot?’ That’s an open question. A lot of people say of course, go local, it makes all the sense in the world and there are advantages to that: local attendance, local fandom, local sponsors – it does unlock a lot of positives. But we have to ask ourselves whether we’re walking back into history, 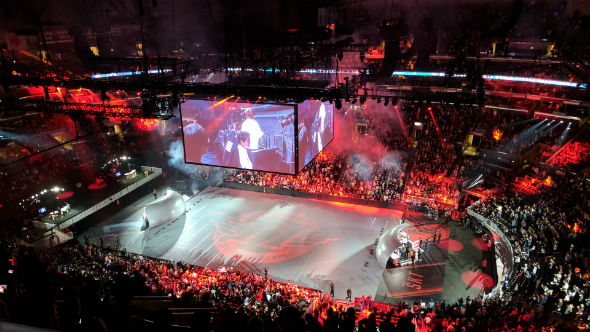 Who have you discovered that you can’t make happy?

Let’s take take the group stages at Worlds where you had a lot of unhappy TSM fans because their team didn’t get through. Then again, you had a ton of fans who are happy with the format because it positions teams up for upsets and it helps underdogs get through. You’re always going to have two sides in a sport where there’s winners and losers. You’re always going to have unhappy fans. Our goal is that those fans only be unhappy because their team hasn’t done well, rather than because of rampant scandals and corruption like FIFA. I think we can aspire to not have that in our sport.

You created the game. You run the eSport. Isn’t it about time other organisations came along to help you officiate?

If there’s an organisation that can make the sport better and push the sport forward then we’ll work with them to make it happen. Where we are aspiring to go we can’t go alone and we absolutely need the right partners to get there. I do caution any people who say that there are other organisations that can come in and run this: if they exist I would love to meet with them and talk. 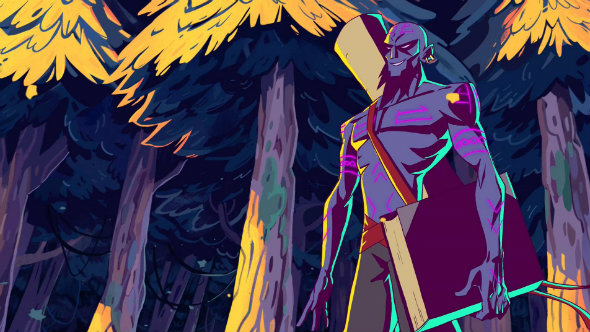 You’ve talked a lot recently about “partners” – what does this mean? Sponsors? Regulators?

And teams, and players. It’s organisations and groups that can help us run the league, help us fund the league, and help us make decisions on how things go forward. How this looks is going to be different from region to region based on the partners that are around and where the sport is. There’s not one singular league; there are 13 individual leagues trying to find their way with us also trying to maintain a degree of global consistency. There is no organisation out there that can just swoop in and wave a magic wand. We’re not some powermonger trying to keep control from a benevolent entity who is offering us help. We’re not in it to control the sport, we’re in it to make the sport great. There are times when that did require our control. Creating a league format required us to come in and say ‘hey, this is how it’s going to be run. This is the off-season, and these are the tournaments, and here are the rules and regulations.’ This way, for instance, the players know that their contracts expire at a certain time so that they don’t get taken advantage of – early on some players used to have their contracts end in week four during the LCS. That’s the kind of stuff that meant we had to come in and tell people how it should be done.

Even back then we still worked with partners. We consult with law firms that work with the EPL and the NBA and NFL because we don’t know this stuff. As we continue to evolve, we will again go out there and ask who can get us to the next level. I think the takeaway is that we seek other organisations, entities and individuals who can help us progress, we don’t do this for the sake of control. 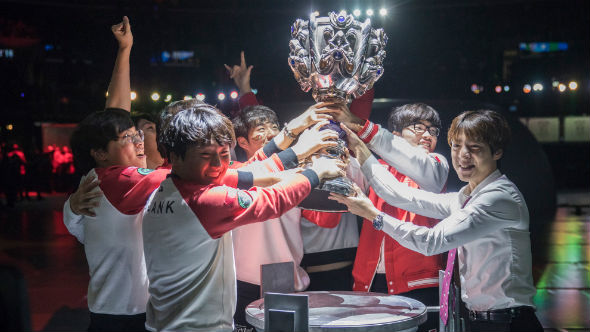 By year six I would have expected the pro-scene to diversify, the EU and NA LCS are still overwhelmingly white and male. What steps are you taking to make the pro-scene more diverse in terms of sex, race, and sexual preference?

When it comes to equality, and the opportunity, eSports is a fantastic place for this to happen because everyone is equal on [the] Rift. If you look at whether diversity can work well in eSports, the answer is ‘absolutely!’ We don’t need to create a women’s league because on the Rift people are equal. The opportunity is there, how to actually get there is super challenging. We would love to lead the charge in getting there but a lot of times when people cite diversity they’re just like ‘create other leagues for other groups…

…which would in effect be segregation…

Exactly! And we’ve come out and said there is a reason we’re not creating segregated leagues because our dream is that the leagues become more diverse. For that to happen change needs to occur internally within the team environment. Teams themselves must ensure that the dynamic for a competitor on a team is open and accepting and welcoming and that’s hard, Additionally, gaming culture and the culture of the fans has to change over time. 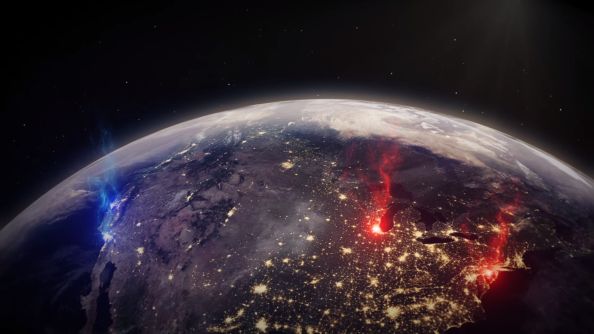 One of the approaches we’ve tried is celebrating differences. From season three onwards we’ve tried to celebrate the differences of the community in a really positive way, and that’s a way that people feel comfortable. Whether it’s your sexual preferences that are different, or your identity that’s different, or your background that’s different – it doesn’t matter. Let’s celebrate those differences and we’ll all compete together. That’s a perspective that applies whether we’re doing features on them [or not].

So you’ve got uLOL at the moment, a specific scheme in place which is aimed at people in college. What kind of scheme would you investigate for other other groups?

I think you’re trying to take something which is designed to celebrate League in University and force it somewhere else. It’s not about creating a bunch of different things for different people, it’s about going ‘hey, people at university, different races, different genders, different preferences, should all be welcomed and celebrated if they play.’ You need to create these macro opportunities for people to play League, whether it’s professional or in college, or in school and ensure that everyone’s welcome.

It’s not a simple formula which is why I said this is a real big challenge, but we remain committed to ensure that playing in the LCS, playing in the various leagues that we run, is a welcoming environment, but it requires everyone to do their part.