League of Legends is streamlining its Runes and Masteries systems into one neat and tidy pre-game system: Runes Reforged. Today, Riot previewed four of the all-new runes, and walked us through their design goals on each one. It’s interesting stuff, with implications aplenty for the next phase of LoL.

For up-to-the-minute changes, check out our League of Legends 7.14 patch notes.

Riot kick things off with Bloodlust, an example of how an old mastery is being “reforged” into the new, streamlined Rune system:

This is the new version of Dangerous Game, “a mastery with a lot of great qualities,” as Riot say. “It’s a clear bid of power and it enhances decisions you want to make. More importantly, not everyone likes the strategy proposed by it – it’s not for everyone – and that’s good.”

Bloodlust also does more healing than the mastery it replaces – expect more of this, as Riot say Runes will have “a lot more power concentrated into their individual effects.”

Riot say only a few Keystone Runes are being brought over, but will be slightly powering up, “allowing us to achieve the level of impact needed to make the choice worthwhile.” 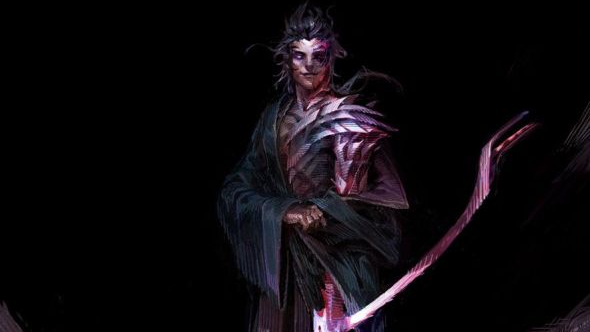 “Adaptive” is a new keyword. Runes labeled as such will adapt to your champion and your item build – if a rune offers adaptive attack damage or ability power (like Perfectionist), it grants one or the other based on whichever is highest in your current build.

Riot say this was necessary because runes, unlike items, are selected and fixed before the match, so can’t respond to changes during it. Adaptive runes enable a little more flexibility, and Riot found “we were able to try out more runes that offered strategy synergies in places we didn’t expect.” Perfectionist is a great example, rewarding interplay with healers and affecting strategy in interesting new ways depending on the pacing of each lane.

Riot have historically “shied away” from effects with direct negatives, but now that’s changing. With Magical Footwear, if you reckon you can dodge away from slower skillshots or escape melee champions in the first ten minutes, your boots are free after that.

Riot wrap things up with a tease of more new mechanics and philosophies over the coming months. You can check out the post in full here.