Many in the League of Legends community have raised one, two, or all four eyebrows at Riot’s ruling on allegations of player abuse by Tainted Minds, a League esports team. The feeling is that, given the charges, Riot have been too lenient – and perhaps even biased. These feelings were stoked by Tristan ‘Cake’ Cote-Lalumiere, a former TM player, who posted a sceptical reply to Riot’s ruling.

Keep up to date with Riot’s tweaks in our ongoing notes for League of Legends patch 7.8, piping hot from the PBE.

It all started on February 13, when Cake and his teammates walked out of the Tainted Minds gaming house, claiming they were unable to work in its environment. Cake laid out his allegations on twitlongerlast month, and according to theRift Herald, who cite a statement by TM that has since been taken down, TM didn’t dispute many of those allegations. Specifically: when the players arrived on December 4, their house had no PCs, slow Internet, too few rubbish bins, no way to do laundry, and no air conditioning, even in the gaming room. This is in Australia, by the way, at the start of what was about to become their hottest summer on record. Cake further alleges the house was filthy and had only one working shower.

The players requested mediation from Riot to straighten things out, which was finally held on February 6 after two delays. The details of what was discussed at that mediation are under NDA, but Riot gave a statementon March 16, just after Cake and his teammate Aaron ‘ChuChuZs’ Bland tweeted their side of the story. It seems that the dispute had got even messier and more bitter by this point, with the players raising more objections to the way TM behaved and each side providing conflicting versions of events.

If you’re looking for Tainted Minds’ side, again, it seems to have been taken down, but you can infer some of what they said from another twitlonger by Cakeand this statement by team manager ‘Fasffy’, each of which respond to one of TM’s now-vanished statements point-by-point. 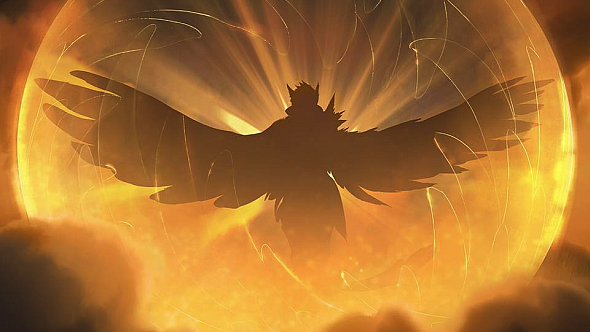 Anyway, that all brings us to Riot’s final ruling, which they issued earlier today. Riot say they found Tainted Minds to have violated their contractual obligations with respect to their team, “specifically not making payments in the timeframe required within League rules and not providing hardware as specified within contracts with the team’s manager and coach.” For those failings, Riot are fining Tainted Minds $7,000 AUD – that’s about £4,236 GBP, or $5,309 USD.

Riot say further that “Tainted Minds made efforts in good faith” to fix the problems “and otherwise fulfilled [their] obligations”, so they are not expelled from the Oceanic Pro League (OPL), and are placed on competitive probation for six months.

This was seen as a slap on the wrist by many, especially Cake, who gave another angry responsecriticising many of Riot’s positions in turn. “Tainted Minds signed a deed with Nick and Ryan that they would not make any public statement, then the next day they release their statement and break their agreement,” he says. “How can you consider that good faith? Literally breaking your agreement within 24 hours.”

To Riot’s claim that “at no point do we believe that the players’ safety was in jeopardy,” Cake’s laconic response is simply to post an image of a weather report from February, indicating temperatures over 40C across much of Australia.

Cake claims Riot didn’t even address some of the new grievances the players raised against TM. For example: “Riotdoesn’t seem to care that I was paid my December’s invoice in March. Riot completly ignored us being in contract prison for about 7 weeks.”

And it seems he’s not finished. Cake says “I am not going to stop” until TM get banned from the OPL; Daniel Ringland, the Riot employee who performed the mediation, is fired; and he, his teammates, and their manager get paid damages.

Reaction on Reddit has been almost universally in favour of the players, and hostile to Riot and Tainted Minds.