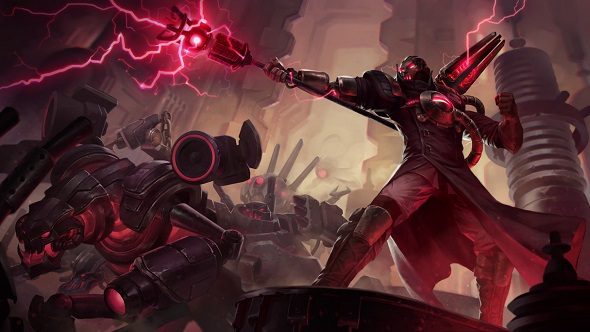 According to a 87-page complaint filed by New York attorney general Eric T. Schneiderman, internet service provider Time Warner Cable is said to have engaged in “fraudulent and deceptive practices” when advertising its ISP, Spectrum-TWC. As part of this complaint, Schneiderman cited data collected by Riot Games which shows that Time Warner provided internet speeds which were not suitable to play League of Legends, despite advertising their services as best for players looking to decrease lag.

Check out all the latest changes to League of Legends in patch 7.3.

Reported on by both Polygon and New York Magazine, this complaint uses data gathered between September 2013 and August 2015 which sees League players using Spectrum-TWC experiencing greater network latency than is advised by Riot. According to the data, Spectrum-TWC customers were experiencing on average, over 100ms of network latency until the summer of 2015, when speeds were finally improved. Customers also experienced an average of over 2% packet loss when playing using Spectrum-TWC, which is over the recommended threshold to play League without connection issues.

The complaint then states that these speeds were only improved after Riot paid Spectrum-TWC to improve access for those using the ISP. Only after that point did “Spectrum-TWC agree to connect its ports to Riot Games” and connections improve, as seen by the reduction in network latency in the summer of 2015. Schneiderman alleges that “Spectrum-TWC knowingly failed to deliver on such promise” of better Internet speeds, despite advertising their services to customers as one that would improve your connection while gaming.

The whole 87-page complaint is worth a read, with it also referencing slow Netflix connection speeds, as well as issues with Spectrum-TWC providing customers with modems and routers that were incapable of providing the speeds advertised by the ISP. This lawsuit is set to go to the New York Supreme Court by the end of the month.