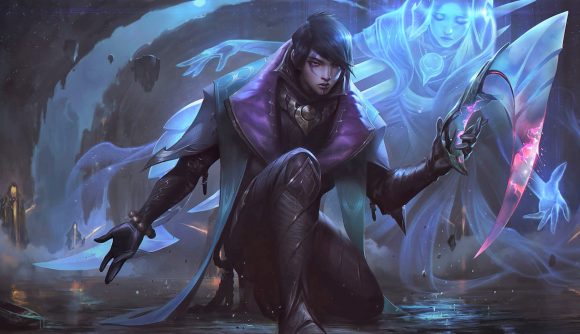 League of Legends developer Riot is closing the doors of the MOBA game’s Boards this month. Boards replaced the LoL forums a few years back, but Riot says it’s “clear that the popularity of the platform ha[s] decreased significantly”, with players having moved over to various other platforms instead.

The news comes via LoL communications lead Ryan Rigney, who has tweeted: “Saying farewell to Boards”, along with a post on the game’s site. The studio says: “Starting March 9, 2020, we’ll be closing down the League of Legends Boards. We know some of you use them regularly, so we didn’t arrive at this decision lightly. However, after looking at how many of you were using Boards, it became clear that the popularity of the platform had decreased significantly.”

According to the developer, LoL players have migrated to platforms such as Discord and Reddit, which has now left the Boards “underpopulated”. So, while Boards has been home to “epic debates, hilarious shitposts, and legendary community memes” – as well as “a place where players and Rioters could connect outside of the game”, of course – the studio has decided to shut them down.

Starting March 9, Boards will become read-only, so you won’t be able to post anything new – although, threads and files will still be accessible. Riot advises you to save anything you’re keen to keep during the week following, as on March 16 Boards will go offline, and the old forum archive will also become inaccessible at this time, too.

Subreddits seem like the natural successor to coporate-owned forums, but these often serve a different purpose. Mostly news commentary.

The internet will keep splintering further. Dev-to-player comms has to adapt by going wherever players are.

Information on League of Legends and Teamfight Tactics patch updates will continue to be posted on the official website, but you can always count on us to keep you appraised of all the latest tweaks and tinkerings, of course. Check out LoL patch 10.4 to see the latest round of changes to come to the game, as well as the LoL patch 10.5 notes to find out what’s on the way later this week.

We also have a LoL tier list to let you know which the best League of Legends Champions are to play right now.