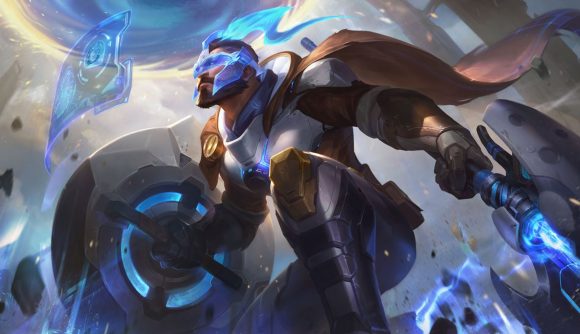 Earlier this month, League of Legends developer Riot Games announced some plans it’s working on for dealing with “game ruining behaviour”, which’s it’s aiming to roll out in July: reporting and muting during Champion select. Now, ahead of the features’ arrival on live servers, it’s time for testing – Riot says this will take place over two patches, starting “around the time” LoL patch 10.13 launches.

That’s according to a new dev post on the MOBA game’s site, in which competitive gameplay product manager Cody Germain reveals, “During patches 10.13 and 10.14, we’re running a two-patch experiment for Champ select reporting and muting.” This experiment will kick off for NA and KR servers “around the time 10.13 launches” – which, according to the 2020 League of Legends patch cycle is on Wednesday, June 24, 2020 – and its scope will “expand” as it goes on.

Germain says you’ll know the experiment is live in your region if you get a “one-time notification” pop up during Champ select.

The dev explains it’s launching the first experiment – Champ select muting – to see if it “leads to changes in behaviour related to negative chat in champ select and in-game”, while the second is to “gain a clear understanding of how often different types of negative behaviours occur in Champ select, and the different impacts they have in-game (chance of winning, rate of in-game reports, etc).”

A slightly more detailed take from the team working on champ select reporting and muting.

We’re working to improve game ruining behavior this year and they are releasing features quickly so we can iterate and add more and more over time. https://t.co/ledwENDbpo

Once the latter experiment is up, the post says, Riot will use the data it’s gathered to work out any investment in a “penalty system” as a second iteration of the feature.

So, with patch 10.14 due to launch on Wednesday, July 8, 2020, and the following a fortnight after, it looks like we can expect the experiment to be running roughly between June 24 and July 22.