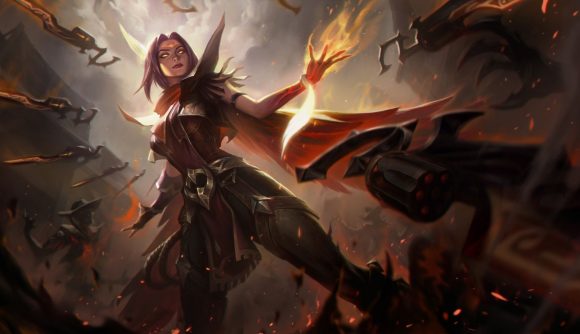 Good news, League of Legends fans – developer Riot Games has just posted some plans it’s working on for dealing with “game ruining behaviour”, and there’s one big change on the way that should help deal with toxicity while you’re picking out your character. The reporting feature is headed to the MOBA game’s Champion selection in July, in one of the next few patches.

In a new ‘Quick LoL thoughts’ dev post, LoL design director Andrei Van Roon follows up on some improvements the studio’s been making to how the game’s reporting and notification systems work, which Riot detailed in a post last month. “The report notification changes have been performing as hoped,” the dev explains, “with visibility at peak times into how the system is working roughly doubling in most regions and quadrupling in Korea.

“Visibility into penalties being applied won’t solve issues all by itself but is an important pairing with better detection and penalties,” he says, illustrating changes with a graph of some recent reporting notifications stats from NA servers. Van Roon then explains, “Reporting in champ select is tentatively on track for patch 10.14 (might end up in 10.15). Muting in champ select is currently scheduled to appear at the same time as reporting”.

Which behaviors from League of Legends players are the most frustrating?

“We intend to ship a number of experiments and tweaks (like champ select reporting and muting) throughout this year,” the dev explains. There’s also another set of changes in the early stages of development at this time, which Riot hopes to share more information about in next month’s dev post.