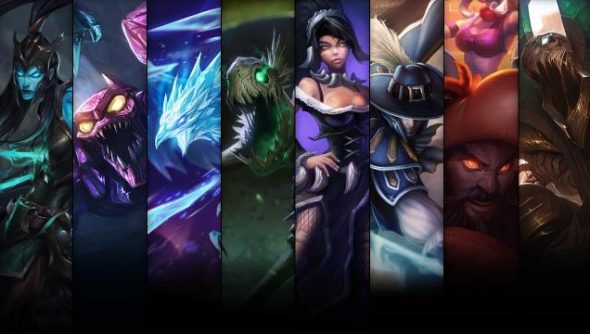 Twitch have revealed a breakdown of viewership statistics by game, showing that 65% of its audience is actually split over just four videogames.

Why not check out our list of the best League of Legends champions, since you’re here.

Sitting in third place is another Valve game – Dota 2, obviously – and in fourth place is Blizzard’s free-to-play card battler Hearthstone. These registered 43 million and 41 million viewers in April respectively.

While these four games sit rigidly in place over the year, the games sitting below these are just the popular triple-A games of the time. Last April it was GTA V with 16 million, this April it’s Dark Souls 3 with 18 million.

These stats (from Lemonde via NeoGaf) seem to prove that, perhaps unsurprisingly, it’s games that turn into eSports that have the longest legs. It’s no wonder most of the big publishers have taken a crack at breaking into the scene.