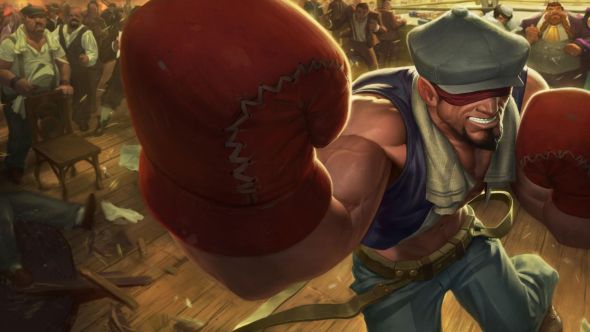 Having been tested in the last couple PBE cycles, the League of Legends practice tool has now hit the live game, with a quick gameplay montage from Riot to celebrate.

Looking to get started in League? Check our list of the best champions for beginners.

Amusingly, the first single-player game mode for League of Legends went live yesterday – Valentine’s Day. You can access the practice tool via the latest version of the game’s client – go to play, then change game type, select ‘training’ and then ‘practice tool’.

You’ll have a number of buttons to click to manipulate the game state to help you sharpen various aspects of your game – for more details on those features, check out our original coverage (below).

Update January 16, 2017:just one day after its announcement, the League of Legends practice tool has now gone live for testing on its PBE.

Our prediction that the League of Legends training tool would go live “very soon”, while imprecise, was nonetheless accurate: The tool went live on the PBE on January 13, the evening after our original story (below).

The new practice mode is a single-player game in which you can use various modifiers to tweak the game to your liking. You can instantly grant gold and XP, spawn practice dummies, teleport around the map and more, via several buttons in a new pane on the left of your screen. Read our original story below to learn about Riot’s objectives for this first iteration of the training mode.

“Keep in mind this is our initial version, and how long we leave it on PBE before going Live will depend on how many bugs we find and parts that still need polish.” Riot are aware, says L4T3NCY, that many more features could potentially be added, and that many more bugs (besides those that they’ve already found) will come to light.

Jump into the PBE now to help Riot find them, and check out [email protected] for more details on the practice tool.

Original story January 12, 2017:The much-anticipated League of Legends practice tool is coming soon to a PBE near you.

The news comes via the League of Legends blog, which also explains which parts of your game Riot want to help you sharpen. They say they have “focused on the following areas” for the practice tool:

Using these points as a guide, Riot have enabled the following basic commands, which will appear as buttons on the left side of the screen.

If these seem a bit basic, it’s intentional. Riot say “we’ve chosen to target getting a ‘bare bones version’ of the tool working for you guys as soon as possible (so you can start practicing while Season 7 is still young), rather wait much longer to release something more polished but would still have very similar functionality. This means there might be a few things we missed, but that’s where we want to hear from you guys and start the process of improving the tool as we go!”

Riot’s L4T3NCY, one of the co-authors of the post, fielded questions down in the comments. He says the tool will be single-player only, so no practising with your mates, and that “you’ll be able to add one bot to the enemy team from our list of currently available bots.” L4T3NCY hinted at the possibility of allowing up to five bots in future, but not for now.