League of Legends patch 9.24 is live for testing on the PBE, and along with some adjustments to Diana, one of the newest champions to the LoL Champions roster is also seeing some pretty significant changes – mostly nerfs, in fact. Senna, The Redeemer, who only came to the game with League of Legends patch 9.22 less than a month ago faces some pretty big nerfs to her AD carry kit in this testing round.

As reflected in the current 9.24 patch post, Senna is in for various changes, but some of the most significant look to impact her Passive effect – Absolution. Her soul drop rate on minions taken out has been reduced by quite some margin, to 1.67% from 5.55%. This means that her scaling will be affected, reducing the speed at which she can become really powerful.

In addition, Champion clones will no longer drop souls, and allied bards won’t be able to kill souls with Q going forward.

Beyond this, Senna sees some changes to her stats, with her HP per level decreased to 75 (originally 85), and pretty big adjustments to her Q, W, and R abilities. Piercing Darkness (Q)’s damage has been brought down and its bonus AD ratio is now 40% rather than 50%. 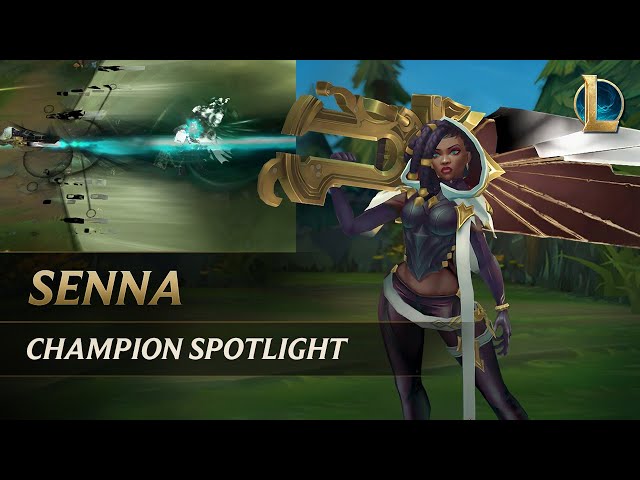 Last Embrace (W)’s root duration has been tweaked in the lower levels, so where it was 1.45, 1.65 or 1.85, it’s now 1.25, 1.5, or 1.75 respectively. However, Dawning Shadow (R) now has AP and shield AP ratios of 50% (previously 40%). While overall these will likely affect an ADC Senna, giving her reduced strength, players will probably see her ultimate scale more smoothly. These changes will probably balance her out across the two different roles.

While it’s important to note changes we see introduced in the PBE testing phase won’t necessarily go live with the final patch, it’s usually minor tweaks that get worked out during the cycle – most of the bigger changes will, to some degree, head to the game. So, expect some pretty chunky changes coming to Senna soon.