Well, it’s official – Seraphine is the latest Champion headed to League of Legends. Following oodles of recent teases, developer Riot Games has now announced the virtual pop star is joining the MOBA game’s lineup very soon, and we’ve got a whole bunch of Seraphine abilities, splash art, and other new details to delve into.

“Seraphine’s a one-of-a-kind champ,” Riot says in a Champion Insights dev post. “She’s got social media accounts, takes selfies with her cat, and is collaborating with global pop group K/DA. Except… that’s not the Seraphine we’re here to talk about.” The studio says that pop star persona you’ve seen so far isn’t the same one that’ll head to the Rift to battle it out. She’s actually a pop star from Piltover who “wants to connect with everyone around her”. She’s “sensitive, tenacious, and supportive”, the studio reveals – “and she wants you to be her biggest fan”.

This backstory will make sense to League fans aware that the multiplayer game’s region of Piltover is League’s “City of Progress” – a place where technology, and pop stars catapulting to fame thanks to their use of it, can thrive.

“Seraphine spent her life surrounded by a constant barrage of songs from both the citizens of Piltover and Zaun, and from the souls trapped around her. She may not be able to save them, but that doesn’t mean she doesn’t care for them—or for her fellow citizens,” Riot explains. 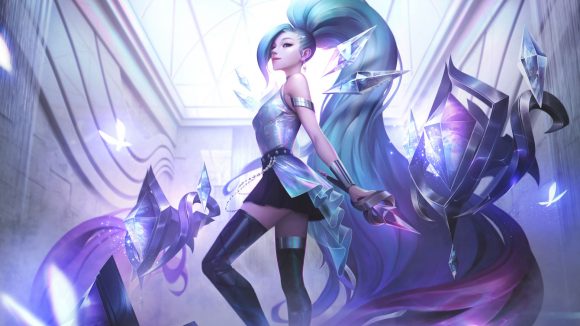 As for her abilities, Riot’s provided a rundown here, which we’ve included for you below:

Seraphine takes the stage, projecting a captivating force that charms enemies and deals magic damage. Any champions struck (allies included) become part of the performance, extending the range of the ability and granting allies maximum Notes. 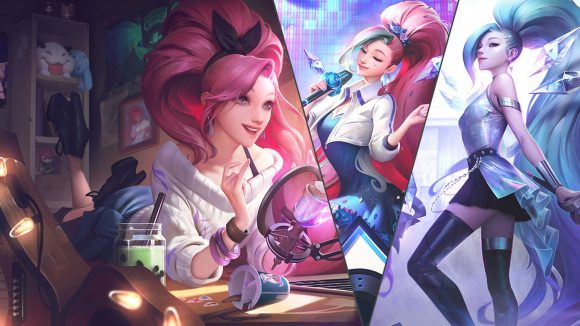 If you grab the skin, you’ll start out with an up-and-coming-star-style Seraphine – one whose look is a little more down-to-earth. As you complete three of her questline’s missions, you’ll unlock the Seraphine as discovered by Evelynn – a “more confident musician who has fans of her own right” – followed by the fully realised, K/DA-collaborating pop star she eventually becomes later on.

Seraphine will hit the League of Legends PBE on October 13, and the live game on October 29.