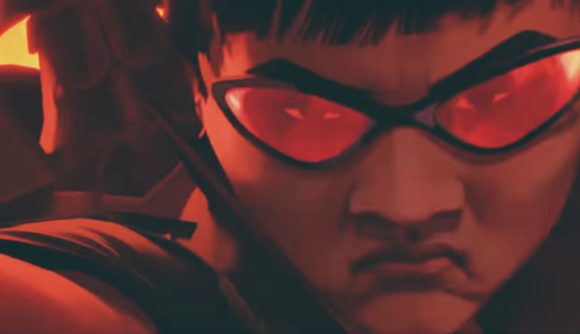 For the first time in the company’s 54 year history, sportswear company Nike will incorporate an esports player into its marketing. Professional League of Legends player Jian ‘Uzi’ Zihao will appear alongside basketball icon LeBron James to support the star’s ‘Dribble &’ campaign.

The partnership sees Uzi wearing a black Nike t-shirt that reads ‘Dribble & Carry’. Both are basketball terms, but ‘carrying’ in videogames relates to one player single-handedly winning a game for their team. Not only is Uzi an ‘attack damage carry’, but he is thought to be the driving force behind his team’s success.

Uzi is widely considered to be one of the best League of Legends players in the world, and is arguably the best marksman in the game. His team, Royal Never Give Up, won a gold medal at the Asian Games earlier this summer, and headed to the League of Legends World Championships this month as China’s first seed and potential favourites. Their Championship dreams, however, were thwarted by a surprise quarter-final defeat at the hands of European third seed G2 esports.

The partnership with James is pat of the basketball star’s ‘Shut up and dribble’ series (via Sportspro). The three-part series will debut next month, examining the social and political responsibilities of major sporting stars. As a team, RNG has previously partnered with Mercedes and KFC in advertising deals.

If you want to keep up with Riot’s MOBA check out the League of Legends patch 8.21 notes, or keep an eye on Worlds 2018. The Championship returns with semi-finals this weekend; G2 Esports take on Invictus Gaming on Saturday, while Fnatic play Cloud9 on Sunday.