Ahead of League of Legends’ World Championship tournament, Riot made a series of balance changes to its MOBA that seemed awfully familiar. A spate of buffs to champions that have been seen time and again on the game’s biggest stage were rolled out. Kog’Maw, Jarvan, Tahm Kench, and Thresh were all granted improvements that I was sure would cement them as contested picks across the tournament. I was wrong.

Worlds 2018 has been one of the most entertaining and diverse World Championships to date. 2017’s tournament was dominated by a handful of champions. The Ardent Censer meta meant that some champions were seeing picks or bans in more than 90% of games – support characters Lulu and Janna saw action in 75 and 76 games out of 80, respectively, while ADC Kalista was banned in every single game.

The result was a tournament that felt devoid of strategy, where teams rushed to be the first to complete the same objective over and over again. 2018 could have been more of the same, but the diversity on show has led to what many casters have already dubbed the “best Worlds ever.”

In part, that’s because Korea’s dominance of the tournament appears to be at an end. A Korean team has won the championship every year since 2012, when Taiwan’s Taipei Assassins claimed the grand prize.

Korea’s five back-to-back victories were filled with impressive plays and astounding individual performances, but didn’t contribute to a healthy international scene. If the same team triumphs time after time, the scene eventually stagnates, benefitting nobody.

This year, however, Asian teams have fallen at nearly every hurdle. Three-time champions SK Telecom T1 didn’t even make it to the competition. Last year’s winners, Gen.G, came bottom of their group, while potential favourites Royal Never Give Up and KT Rolster were both defeated in the quarter-finals. Worlds 2018 has been filled with upsets, as rookie teams have gone toe-to-toe with veteran esports organisations. The underdogs have seemed to triumph at every turn.

As well as those tournament-defining upsets, Worlds 2018 will be remembered for its pocket picks. The term applies to champion choices that might not fit the meta, but can be pulled out against an unsuspecting opposition. On the final day of groups, Cloud9’s Licorice pulled off game-winning performances on Hecarim, Shen, and Singed. Team Vitality’s Jiizuke used a dazzling Ekko performance to kickstart Gen.G’s fall from grace. G2 Esports’ Hjarnan pulled out his famous Heimerdinger against Flash Wolves and Afreeca Freecs, forcing a total of 13 bans across the tournament for a champion that otherwise sees minimal competitive play.

Pocket picks are by no means a new phenomenon – Riot even went so far as to produce a video series documenting a bunch of pros and their favourite champions. But it’s rare to see them on the Worlds stage. European and North American teams have typically played it safe, not willing to take risks when playing for such high stakes, but the pocket pick has become a major factor in some of Worlds 2018’s most surprising victories. 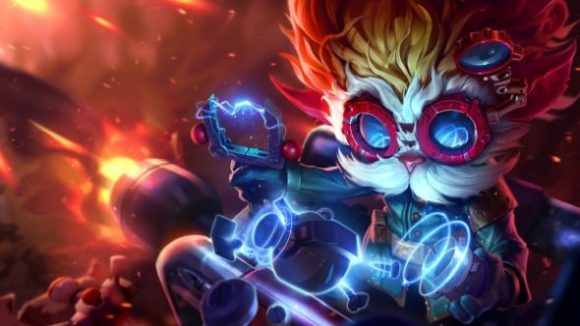 The result has been a tournament in which regions have begun to differentiate themselves from one another. Korea and China have dictated the meta for years, and until now North America and Europe in particular have been desperately trying to keep up. Western teams have finally started building on their own strengths rather than building around tactics that favour other teams. They’ve learned to play around their star players just as SK Telecom built themselves around the prodigious Faker. Whether Europe’s Fnatic or Korea’s Invictus Gaming lift the Summoner’s Cup this weekend, Worlds 2018 will likely prove to be the start of a bright new era for League of Legends.