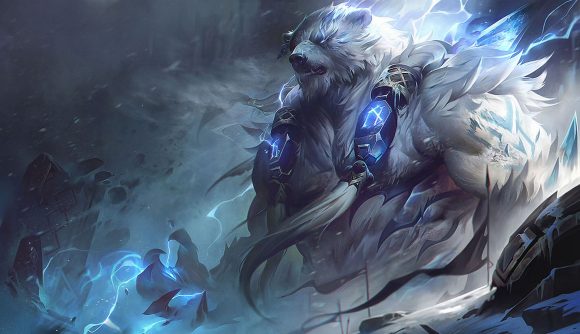 League of Legends’ Volibear and Wukong have two things in common: they’ve both received total reworks this year, with LoL patch 10.11 and LoL patch 10.06 respectively, and they’ve been two of the best League of Legends champions for top lane of late. However, it looks like Riot’s got some plans to blunt the two champs’ edge a little in the next update – they’re both in for nerfs.

That’s according to lead gameplay designer Mark Yetter, who has posted an early version of the LoL patch 10.14 changelist on Twitter, which gives an idea of the champs in for some love, and those about to be slapped with nerfs, when it goes live next week. There are only exact details for a couple of the changes headed to the multiplayer game’s roster so far – Pyke and Karthus – which are currently live on the PBE for testing.

However, as you can see below, alongside a handful of others, Volibear’s and Wukong’s names are sitting in the ‘nerfs’ column. Hmm.

While the mystery changes aren’t yet revealed, Yetter says they should be available at some point later today, so we should have an idea pretty soon of what The Monkey King and The Relentless Storm have in store when the patch launches next week.

10.14 Patch Preview here. Some changelists are in but I'll have the full list from the team tomorrow.

Worth noting – ghost and predator are here as followups from our last round of changes which ended up slightly nerfing them. pic.twitter.com/qippIuVBCO

Whatever the nerfs are, it’s likely quite a few players going up against the Champs will welcome the changes, given Voli’s scoring a big win rate in the jungle right now. As of this story, he’s currently got a 54.43% win percent in the role, with a 5.95% play rate (according to Champion.gg’s stats) – and he’s not doing badly in top either, with a 50.19% win rate.