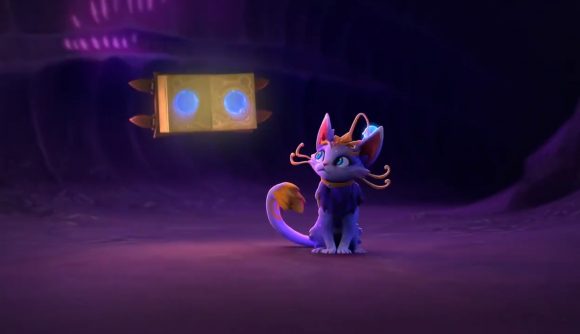 Since she was let loose in the MOBA game last year, Yuumi has become arguably one of the best League of Legends Champions – that is, relatively easy to pick up and often tough to best, thanks to her pretty potent ultimate. Now, developer Riot says it “agree[s] that Yuumi hasn’t been fair to play against” and needs some rebalancing – but that doesn’t mean she should be booted out of the game.

The dev’s published a new, in-depth blog post all about the The Magical Cat, exploring the topic of whether to “delete Yuumi”, to which the answer is a resounding ‘no’. Riot says, “excluding the most recent set of changes” – which are outlined in the notes for the now-live LoL patch 10.13 – “it’s safe to say that no, we don’t think Yuumi has been in a state that’s balanced or that she’s been in a good place in regards to game health.”

Riot “agree[s] that Yuumi hasn’t been fair to play against”, with her counterplay being the “biggest game health issue” the studio’s found with the feline Champ. However, it adds, “this doesn’t mean Yuumi shouldn’t exist.”

Instead, Riot says it needs to “get more creative to ensure she does have adequate avenues for counterplay”. The way Riot says this will work in practice is by making sure Yuumi has to leave the safety and security of her allies and get stuck into some scrimmages with opponents more. 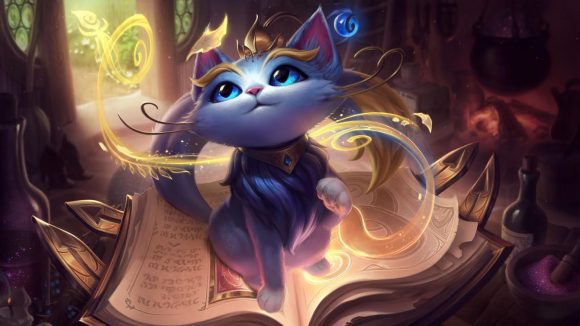 In addition, Riot says the cat isn’t simply “easy mode” or not deserving of wins. Citing some of the Champ’s own playstyle requirements, Riot says she’s actually difficult to master. For example, needing to identify when it’s “safe to hop out and use her passive in chaotic teamfights”, who to support, the “unique skill test” of “weaving Q around” non-targets, and “managing vision control while being the slowest and squishiest Champion in the game”.

Plus, she “fills a unique role in the champion roster – both in playstyle and thematic – and there is clear data showing that a lot of people enjoy playing Yuumi”, Riot adds with a bunch of pretty graphs and data.

So, while it looks like the dev’s not quite happy with the enchanter cat’s balance just yet, she’s not going anywhere – and we can probably expect to see some more changes coming her way soon. Speaking of which, head to the LoL patch 10.14 notes to see what’s headed to the game next.