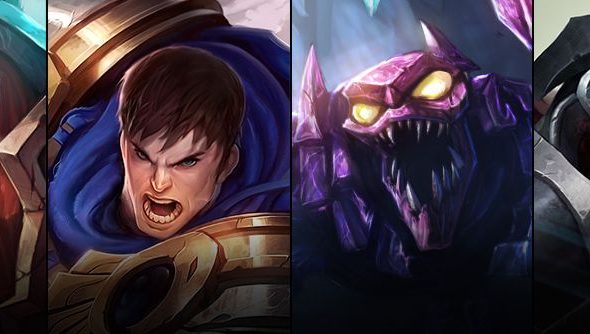 The great thing about MOBAs is how they interact with patches. Thanks to pick and ban phases (and some bravery on the part of developers), big changes can be made without too much worrying about the consequences. Riot are about to take one of their biggest steps in that direction yet. They want every single one of League of Legends’ 126 champions to play and feel different from all the rest. Not just in theme, but in significant impact to the game.

In a lengthy post on the official site, Riot laid out their plans, starting with four champions from the group they’ve defined as “juggernauts” – tanky melee characters with extreme damage potentialif they can get up close with the right items. Many of these champions currently languish in the unplayed pile due to being almost strictly worse versions of each other, with the exception of whoever is on top. Radical change and individual elements look to fix that.

The most significant changes are coming to Mordekaiser. In lane, he will no longer share xp with team-mates on creeps he manages to last hit, meaning he will level significantly faster when in a duo lane and get well ahead of the curve. He also has a, uh, special effect when his team fights the neutral super-creep, Dragon:

Yeah. Now that’s a shake-up. There’s changes almost as big detailed for Skarner, Garen and Darius in the post, with many more to follow.