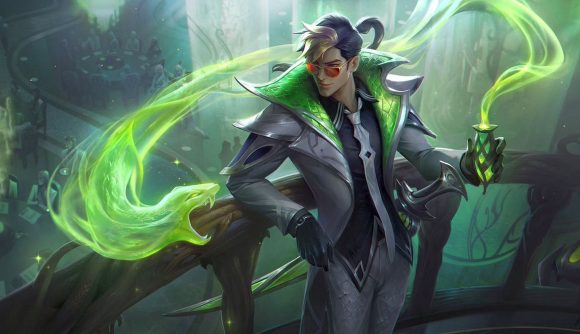 League of Legends patch 12.5 is currently on the MOBA game’s testing servers for a pre-launch test drive, and a fresh round of balance changes have now arrived. While the patch is a little smaller than usual due to the President’s Day national holiday in the US, if you’re a Master Yi main, you’ll want to check out what’s coming as the assassin champ is in for some significant tweaks.

Wuju Style’s damage is getting a bit of a nerf at various levels, and the nature of its duration has changed so now it also doesn’t decrease during the champ’s Q ability as well as his W (Meditate). The ability can also now be cast during his Q – and these two latter changes have been applied to Master Yi’s R ability, Highlander, too.

The new changes now on the PBE follow a recent tweet from game designer Kevin ‘Captain Gameplay’ Huang giving an idea of what’s coming up for Master Yi, with changes seeming to target his regular Duskblade of Draktharr build.

A bit of a smaller patch because of President's day etc. Still have some changes worth your time though!

As always full context on individual changes will come with the patchnotes pic.twitter.com/6rt4BzM4sk

As Dot Esports notes, it looks like the champion’s been pretty tough to beat in solo play of late with this build, particularly when in combination with items such as The Collector. The new changes look to shift his playstyle, with Huang explaining last week that the devs “will likely need to pull a bit of power somewhere to keep this power neutral for Kraken [Slayer]/on-hit builds”.

Elsewhere, Seraphine is also getting a few important balance changes this patch, while Kennen, Ahri, Gwen, and Xin Zhao are also due a few tweaks. League of Legends patch 12.5 is due to go live on Wednesday, March 2.