It’s hard getting into a long established competitive game, isn’t it? The intimidation of knowing you’re leagues behind veterans can be a real deterrent to ever giving it a go. You don’t know what to do as you head into your first match, and then, before you know it, you’re getting slagged off to high heaven by your ‘teammates’ for standing in the wrong position? For clicking the wrong button? For having the tenacity to use your special ability at the wrong time?! Who needs that kind of stress in their lives, eh?

This was the exact scenario I somehow found myself in prior to week nine of the EU LCS, the top division of European League of Legends esports. There wasn’t actually anything at stake in the game, it was a mere playtest to ensure everything was in working order before the pros took their seats… but it meant everything. 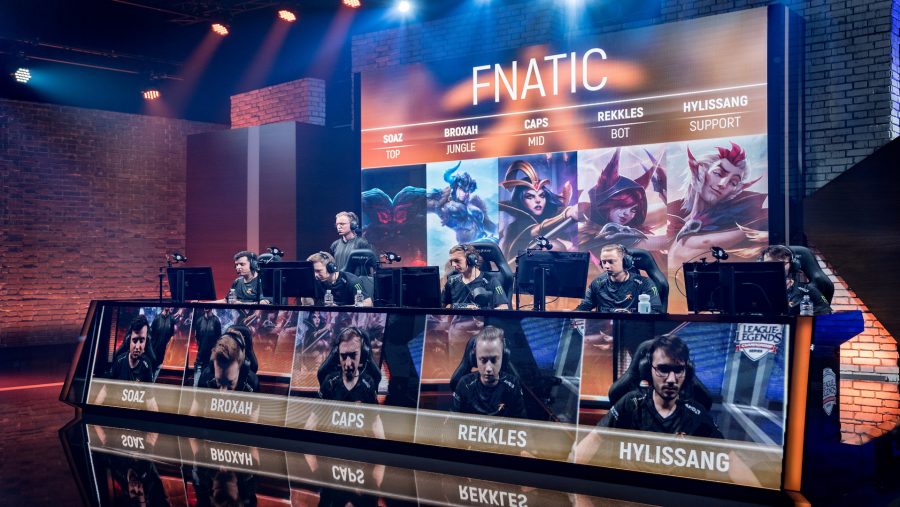 As other players stepped forward with glee, eager to play their beloved game on the big stage, I held back, silently hoping the required 12 spots would be filled. Only 11 were.

With great reluctance, I stepped forward to fill the void (though a void would probably be more useful), knowing I needed to not completely embarrass myself in front of my peers. Thankfully, I wouldn’t be completely alone, as caster Aaron ‘Medic’ Chamberlain would be coaching us (mostly me) through the game.

I sat gormless, searching for which hero looked the coolest

First things first, pick a character. Or Champion, as I was quickly informed. I don’t know if you know this but there’s like 130(!) odd Champions to choose from in LoL. As Medic discussed with my teammates what their mains and best positions were, I sat gormless, searching for which hero looked the coolest, because we all know judging a book by its cover always works.

As I skipped from some gnarly looking stone dragon to a very angry and large cat, everyone else had been given their roles, leaving me to be assigned Garen. I was told he was boring but easy to use and would suit my admittedly aggressive playstyle – a playstyle that wouldn’t come in handy.

Medic chose all my buffs and options and things – I don’t know what they’re called, sorry – and we were ready to dive headfirst into the shallow end that was my first ever League of Legends game.

Oh, by the way, did I mention I’ve never really played games on PC? So I get my fingers set, with some effort (literally dragging and placing), into the WASD formation only to then be told that to move in LoL you click where you want to go. Literally lol. 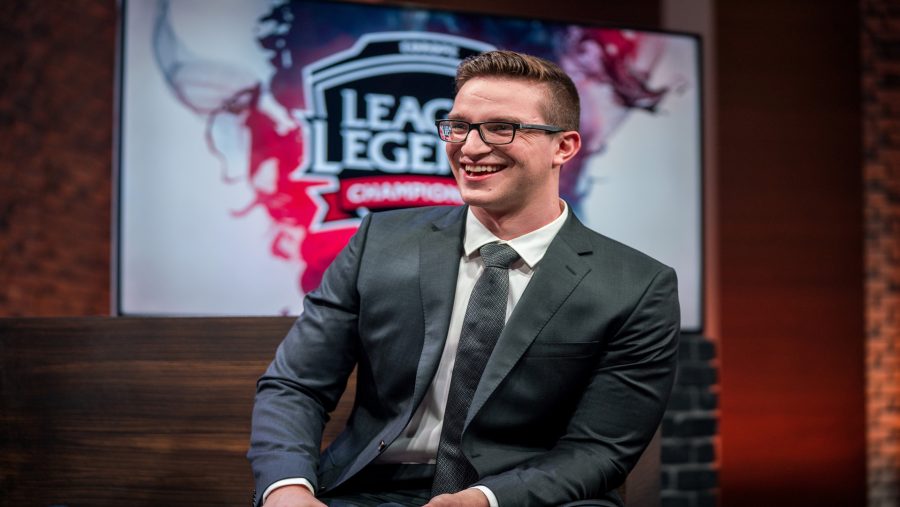 I duly began to charge up my assigned top lane and proceeded to just click the shit out of everything in sight. Medic, bless him, was constantly in my ear telling me what boosts I needed to use to get big hits and, a bit more frantically, to drop off as I was getting battered. Surprisingly, it wasn’t long before I died for the first of many, many times.

In the deep end

One of the newest Champions added to the extensive League of Legends roster is Pyke, the Bloodharbor Ripper. He's one of the most unusual of them all as he's a hybrid - combining assassin and support. How did such a Champion come about? We spoke to developer Riot Games to find out why Pyke was made in the first place and why it was vital he filled a hybrid role.

Read the making of Pyke

I persevered, continuing to maraud down the top lane, slowly getting the hang of whacking some minions and then falling back a bit so my health could recharge. Then I came across some big tower that needed to be knocked down so, as you do, I ventured towards it, and it swiftly killed me.

Thankfully, I wasn’t the only person playing badly as our team were getting our arses kicked. We changed tactics, don’t ask me what from or what to, all I know is I moved to the bottom lane. Where the unthinkable happened.

I’m walking along minding my own business when, out of nowhere, some archer springs on me. But I march forward regardless and lash out with whatever weapon big Garen uses. Then a teammate joins my battle, flanking the archer, and now we’ve got the advantage – we rain blows down and eventually I get the killing strike.

A kill! An actual kill! Medic is overjoyed, screaming “Well in! Great play!” down my ears. I feel alive. 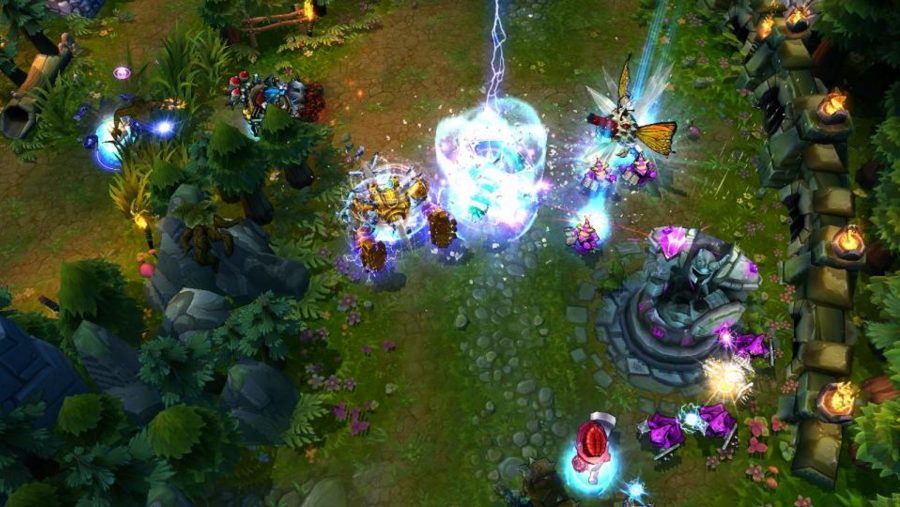 Despite my fleeting moment of success the opposing team continues to dominate. As the clock ticks down they’re far ahead on the scoreboard so there’s nothing left to do but play the hail mary. We congregate on the bottom lane and charge. For all our might we push. The first tower falls, then the second, and another. Medic bellows encouragement to us all as we continue to push for a miraculous victory in a mad, chaotic scramble, but alas… the opposition got there first and we had to settle for heroic defeat.

My first game of LoL was over and it went exactly as expected. The one kill was a pleasant surprise but the rest of the time on the field was spent either confused, dead, or both. Which just shows that you need more than an expert in the game telling you exactly what to do in order to be good.

On my performance, Medic said: “You were pretty shit. As a first time player I would give you a B. Especially since you haven’t played a MOBA before. But as a newcomer you weren’t as bad as I expected you to be.”

All of which only raises the question: just how bad was he expecting me to be?

After leaving the computer someone asked me: “I presume you’re now hooked on LoL and will be playing again?” My instantaneous response was: “lol, no.” But, please, don’t let that put you off.