Another League of Legends champion joins the lineup. Remember those teases from Riot back in April about a Sentinel of Light marksman “planned for a non-traditional position” with lots of hints about ‘grappling’? Well, that champion has now hot his debut – and it turns out he’s a “midlane marksman with a grappling gun, stealth, and a revive” called Akshan.

Riot has just revealed the new League champ’s abilities and the ideas behind him, as per the usual ‘Champion Insights’ blog post. Billed as “a new kind of assassin” – that is, sneaky, rogueish, and a mashup of assassin and marksman who’s been crafted specifically with the mid-lane in mind.

“Positioning is an incredibly important part of playing both assassins and marksmen,” Riot explains in the blog. “As an assassin, you want to flank and annihilate squishy carries, not awkwardly poke beefcake frontliners with an inflatable dagger. And as a marksman, you are the squishy carry with a big target on your back, so one wrong misstep can mean insta-death. Akshan is both of these things, so the team wanted to give him more control over his positioning in fights. That line of thinking led the team to some high-flying, super cool, suave gameplay.”

“Akshan’s power is truly limited to burst—not the sustained front-to-back teamfight style of a traditional marksman—and unlike many assassins, he has no forms of slow or crowd control. But what he brings to a teamfight is equally powerful,” the post adds. 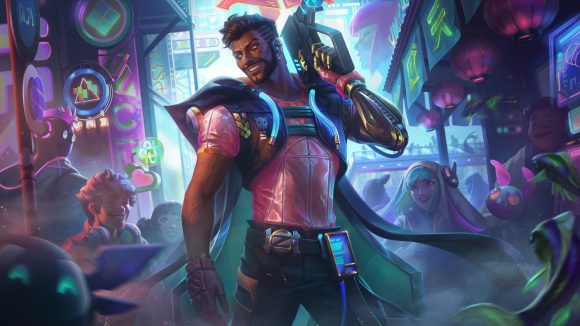 In terms of his style and background, it sounds like Akshan’s a kind of loveable rogue – the type who swings into battle, causes a bit of mayhem, and has a cool grin doing it. But, he didn’t have a happy start – he grew up as a street urchin in a Shuriman village, and actually died standing up for someone in trouble, before being resurrected by a kind woman called Shadya who used a weapon “both terrifying and powerful” to bring him back.

Armed with a Sentinel relic, Akshan swings in with a-vengeance. pic.twitter.com/85MtLVNFBA

She trained him to join the Sentinels, but was later murdered, and now all Akshan wants to do is to put an end to evil – Viego, the Ruined King’s evil, that is. This idea of resurrection feed into his kit and abilities.

Speaking of which, here’s a rundown of Akshan’s abilities, via Riot: 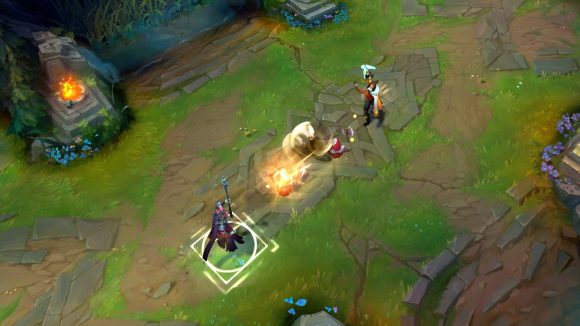 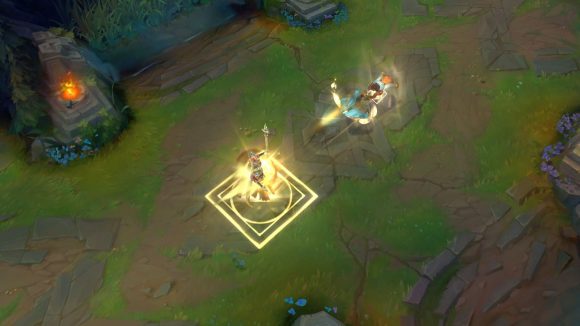 Akshan will launch with League of Legends patch 11.15, which is due to hit the live game on Wednesday, July 21 according to the League of Legends 2021 patch schedule, so get ready to meet the new champ very soon.