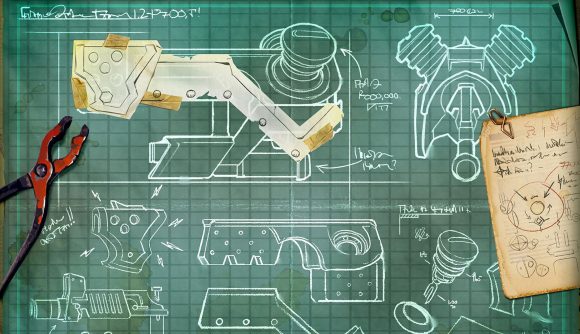 League of Legends developer Riot Games has teased two upcoming champions coming to its flagship MOBA game. In its latest champion roadmap, the studio has shared a bunch of details on its plans for champion releases into 2022, and while there are few specifics to go on right now, the devs have given us a good flavour of who’s on the way.

Our first teaser hints at an “electrifying start to 2022” in the form of a new “bot lane marksman who has been charging up and is rearing to finally get on the Rift”. Hmm. Riot makes plenty of references to this electrifying quality in the post, giving us a sense of a champ with high mobility and a proactive approach to the fight, teasing their “kinetic” nature and that they’re “always on the move, pulsing with sparky determination”.

It sounds like this mystery character will also bring something new to the roster in their shooter-style gameplay, with Riot noting they’ll bring “the feeling of a shooter game to the roster”. The studio explains that it’s really wanted to “explore more unique basic attack concepts in League”, and it sounds like this aspect of the champ’s ability kit will be a key component of that aim.

“For this new champ, we wanted to re-explore the role of the basic attack in a marksman champion’s kit and see if we could completely turn its purpose around,” the devs explain.

The "Electrifying Marksman" is my next champion. Like Jhin and Graves, this one challenges what it means to have a ranged basic attack. They're going to feel a bit different 😀 pic.twitter.com/Od9616KYGS

As for the other mystery addition, Riot gives us a sense of a champ with a pretty – let’s say – determined attitude to chasing down victory. “Money runs this city. Technology, power, people. All can be bought when you have enough cash,” the post teases. “Technology to reach out and take what you want, discarding it like trash when you’re done. Power to turn your enemies against each other, watching them kill the very ones they swore to protect. And people to manipulate with your terrifying charisma, sending them to almost certain death, only being saved if they fulfil your wishes.” Shudder.

While the details on this champion’s playstyle are almost a total mystery in the way of details shared, it does seem we know what role they’ll play. Riot seemingly refers to them as the “new villainous support” later in the post, something backed up within the teaser itself, too.

What’s next? See the League of Legends patch 11.20 notes

It’s worth noting that these two champs are due to arrive until next year. They were originally planned to be part of an event coming up later this year, but the devs felt they “didn’t quite fit” – so, rather than change their vision for these two new characters, the team has moved their release to 2022. The ADC will arrive sometime “early next year” with the scary support champ following “a few patches after”.