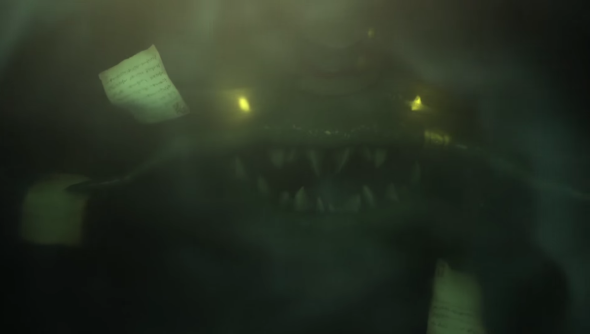 There’s a new League of Legends champion lurking in the waters, and Riot are doing everything they can to warn you about him. Seemingly a huge fish-like monster that dwells in the deepest rivers, the River King isn’t one to be trusted, as this teaser video will aptly demonstrate with a harrowing tale.

The community over at the League of Legends Wiki believe that the “Gambler” in the fable is believed to be non other than champion Twisted Fate. I’m sure we’ll learn more about the The River King in the coming week.