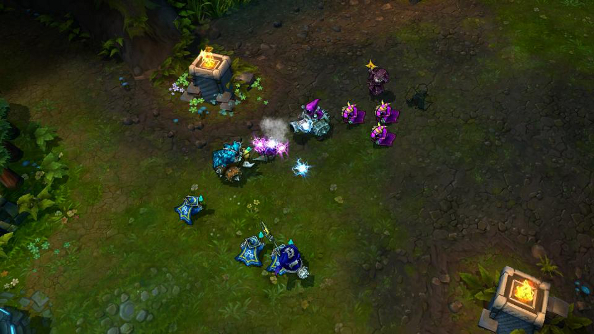 Those of you who play League of Legends across the Atlantic, specifically on the East Coast, may have been experiencing some ping problems, and there’s a disparity between Canada and the US. Don’t fret, though. Riot plans on fixing the internet.

Riot’s Ahab and WizardOTL shared an updated roadmap with the community, promising to create a solution, a dedicated network for League of Legends traffic.

Ahab explained why Riot’s doing this.

“Currently, ISPs focus primarily on moving large volumes of data in seconds or minutes, which is good for buffered applications like YouTube or Netflix but not so good for real-time games, which need to move very small amounts of data in milliseconds. On top of that, your internet connection might bounce all over the country instead of running directly to where it needs to go, which can impact your network quality and ping whether the game server is across the country or right down the street.

So this has lead to Riot working with North American ISPs in an effort to create a direct network.

You can expect more information from the developer as it fine tunes the network. “[W]e’re talking on our end about ways to keep the community informed as we go along these steps. As pieces of the network come online, maybe we post an update to a thread and explain what happened (what went right, what didn’t). There are of course some things we can’t talk about for security concerns in the nitty-gritty, but still it could be worthwhile to outline the project into steps.”

If you’ve experienced a spike in your connection since November, you can help Riot by filling out this survey form.