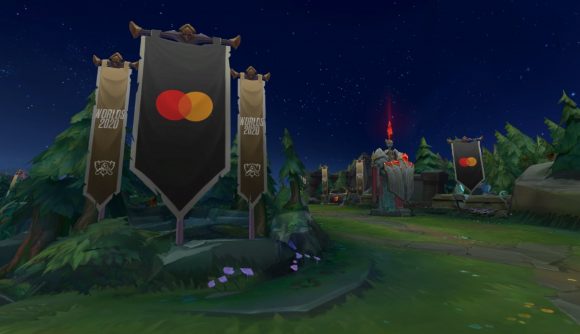 League of Legends is about to get a lot more… sponsored? Riot has announced plans to sell Summoner’s Rift Arena Banners that’ll let individual leagues show specific branding to esports viewers at home. In other words, you’re soon going to see advertisements on the field during pro matches, just as you would in traditional sports.

“Starting with the Summer Split,” Riot explains in the announcement, “fans watching official League of Legends esports broadcasts will start to see more esports branding directly on the Rift. In the future, you can expect to see leagues begin to experiment with unique approaches that will more deeply integrate our partners to engage local and regional fan bases.”

The Summer Split begins on June 13, so expect to see the branding start to appear around that time. Pros will still see the standard Summoner’s Rift map, with no extra sponsored banners, so there shouldn’t be any issues with the banners interfering with normal play. The new Arena Banners will only be visible to spectators.

As shown in that first image, MasterCard is one of the first sponsors to come onboard.

For more on the MOBA, check out the League of Legends patch 10.11 notes to see what’s new for the game.